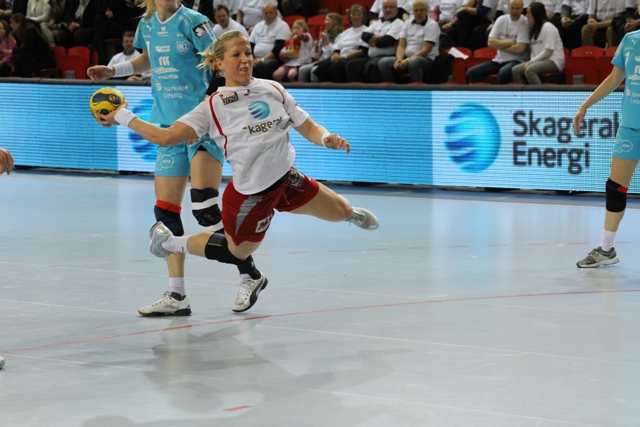 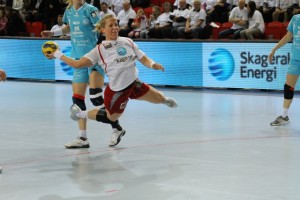 The second match on Saturday at Möbelringen-cup-Golden League in Bergen, Haukelandshallen was played by hosts from Norway against Sweden.

Sweden has a new coach, Torbjörn Klingvall, and we can say, that a new team also. Gabriella Kain, Johanna Wiberg, Annika Wiel Fredén, Matilda Boson has finished their activity at the national team and Annamaria Johansson is pregnant. New, young handball players are ready to take over after the legends and today we could watch playing Ida Odéhn, Filippa Idéhn, Maria Olsson or Linn Blohm, trying to get a place in the ECh squad.

Norway has nine players from the Olympic Champion team and some debutants, like: Sanna Solberg in goalkeeper position, Maja Jakobsen, Linn Gossé, Ida Björndalen, Karoline Naess and playmakers Anja Edin and Stine Bredal Oftedal, both having medals from earlier championships.

The first half was a clearly Norwegian dominated period, with a brilliant Katrine Lunde Haraldsen in the goal and Sulland, Alstad, Löke playing also well.From 5-1 and 10-5 the half time ended 16-12.

The second part of the match started by increasing the gap of hosts, 18-12, but Swedish head coach sent his experienced players on the court and Linnea Torstensson, Johanna Ahlm, Isabelle Gulldén helped to reduce the difference 20-18, 24-23 and 24-24. Thorir Heirgersson’s timeout helped out his team, Lunde Haraldsen saved two importants shoots, Sulland and Alstad has scored, host getting the victory by 30-28.