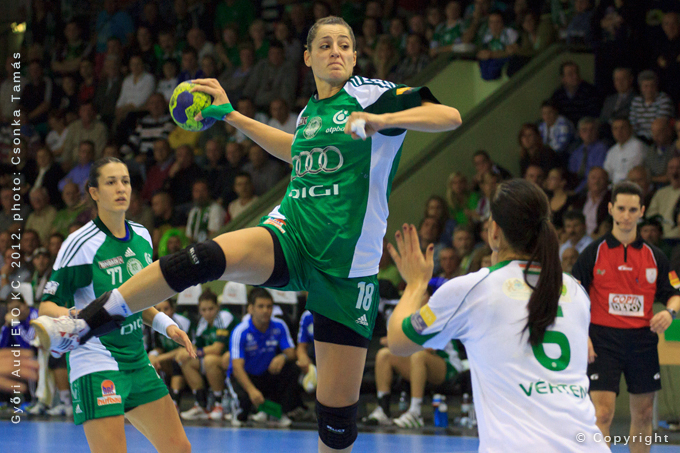 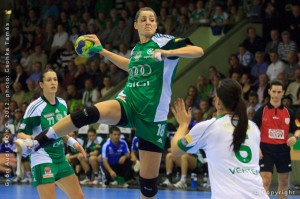 Timeout magazine is launching a new type of article, by presenting Eduarda Amorim (GyőriAudi ETO KC) as an expert, who is in a recovery period after an ankle-injury in  Győr and will follow with us the EURO 2012 in Serbia, giving her opinions, analyzis and revealing her favorites to win this European Championship.

In the start Duda will analyze each group of the European Championship in the first part, in the second part we will look at chances in the Main Round and in the third part she will give her opinion about semifinals.

Today you can read about Group A at the Europeans, from Eduarda Amorim:

Norway is far the strongest team in this group. As everybody knows they have a very good fastbreak, they are well organized and this is a team that can rotate all the players and still keep a high level. They have very experienced players like Heidi Løke, Katrine Lunde, Linn J.Sulland who are able helping them to get easily the first place of this group.

The most interesting match of this group will be Norway against Serbia, a team who is improving/growing and have quality players as Andrea Lekic and Sanja Damjanovic to lift up the level. And of course they can count with a significant help from the big number of supporters. I believe like in January (2012) – at the men’s European Championship, the atmosphere of playing at home court will be an extra push up for this team.

Ukraine is a young team that made a good job at the qualification. They showed that they can perform at a high level as well and I believe the second and the third position in this groups will be decided between them and Serbia.

I find it difficult for Czech Republic to qualify to the next round from this group.