Barbosa playing as Spanish in Serbia 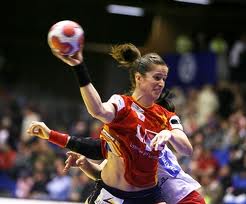 Barbosa playing as Spanish in Serbia

Head-coach of Spain, Jorge Duenas has announced on Wednesday his final squad to EURO 2012 in Serbia.

From the Olympic bronze medalist team is missing only Andrea Barno and goalkeeper Mihaela Ciobanu, both retired from handball.

In addition to earlier squads, ex-Portuguese Alexandrina Barbosa had became Spanish citizen and will play for Spain from now.