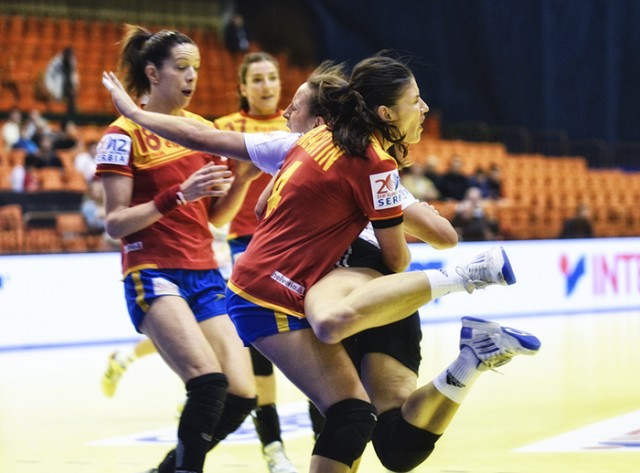 In this article we’ll have a look at group C who plays their matches in Novi Sad.

Germany:
The country where I serve my livelihood, it is also a country where women’s handball not say right many people anything, and a European Championship for ladies do not get much attention in this country.
Germany is far from being like in the “old days”. And I think they quickly have to pack theirbags to go home, they are simply not good enough in this company. The lack of a broader squad, and that these two players are not included,
Susann Müller and their Normal captain Isabella Klein. A big challenge for Heine Jensen and his crew.

Spain:
I have great expectations for Spain. They played really well and some good finals in Brazil and in London.

Can they go all the way this time? We do not know for now.

But Spain has been enhanced to this championship. Barbosa, many probably know the name, she was born in neighboring Portugal, but now have Spanish passports, and it is not Mrs. anyone.
She plays for the Romanian top team Valcea and several years playing for Itxako in the Spanish league.
I think she is welcome at any national team in the world. With her on the team along with the other Spanish star, where most now has been outside the country, to stronger liga’s than the Spanish, so I believe in Spain as a participant at least in semifinal.

Croatia:
If this team have a good start in this tournament, you never know where you have the manpower, they can be dangerous and can beat anyone on a good day.
But it can be difficult, out of the team and perhaps the world’s best
handball player, Penezic.
The team will live on the collective and their balkan mentality and hope
a great crowd will come and support them. Then anything can happen.

If they do not get a good start and come in downwind, so there may also happen that the lazy Balkans mentality enters the blood on them and they do not bother to do something and so the team will have a hard time beating e.g. Germany.

Hungary:
Hungary’s norwegian coach, Karl Erik Bøhn, have told they can beat anyone, and of that’s right they have to become European Champions.
But, I don’t believe they can. But Hungary has a team to get far and can tease
any opponent along the way. The team won a prelude tournament with a victory vs Holland, so Karl Erik is perhaps the man who can get the team on the right course again.
No doubt that the team’s star is Anita Görbicz, but she can not do without the team and vice versa. Hungary with a sharp Görbicz and a sharp Mr. Bøhn
on the bench can come far, but not longer than main round