Czech Republic went all in, and lucky Norway with four points to main round 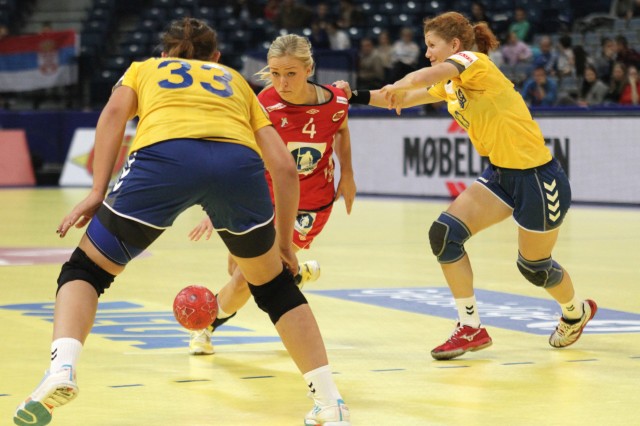 Czech Republic went all in, and lucky Norway with four points to main round

In our expert article series, Søren Jeppesen takes a look at group A where reigning champions Norway and host Serbia played.
Her is Jeppesen’s conclusion of the preliminary group phase;

Czech Republic was in a nearly knock-out match alredy in their opening match in this tournament.
I must say Dusan Poloz’s crew had got the message and went out and sent Ukraine back to the hotel with a three-goal defeat, and then they had one feet in the main round.

Their next match was against Norway, a match where everyone thought Norway would be the big favorite and cruise in to a victory.
But the Czech Republic had confidence and went out and played with an offensive defense and had Norway for a long time down on their knees, but they were beaten by two goals at end.
By the way an incredibly nice tactical match of the Czech Republic. Czech Republic have made a little surprise by going to the main round, even they finally lost by four goals to the host nation Serbia.

Ukraine is far from the old days and I think even they had higher expectations for themselves, to go further,
but they have not advance to this decades handball. It is no energy and dynamics in this team, and motivatioen to play for the national team does not seem big, but one of the reason may be that their coach wants his players to cry when they make mistakes. Then you should be afraid of making mistakes, and it is a coaching method that should never take place in 2012.
What’s happened to the team in last match, it’s a good question, and we’ll never get the answer. But, with their “old timer” handball they were close to beat Norway, and I think they earned to win the match, but routine of difference did that this surprise just lasted for seconds.

I think it takes a long time before Ukraine is back in the top of european handball.

Serbia who’s putting a big effort in this championship, have had the start as expected.
They started with a hard opening match as they lost, therafter a 3 goal victory against Ukraine.

I wrote that this team maybe could surprise as their male team did on January. But I very much doubt they will.
They are not good enough, and that’s from attack to defense, to goalkeepers
and down to every single player.
They ending the group stage with a great victory over the Czech Republic, but their collective does not function at all, and because of this I do thin the Serbian team not will be amongst ther four teams who goes to the semifinals.

Norway have come as expected from the start, but not completely error free either.
It is clear to me that there is a change out on the team too. They play a fairly opening match, while the match against the Czech Republic was out of their league.

Many handball professional people were out to say that the team was not motivated enough for this match, and they should win with one arm behind their back.
I totally disagree with this case here. Norway was far out of their play against the Czech Republic, they are not used to playing against aggressive defense, and I think they were surprised how bad they really got to play this match.
Although the coach had a quite another hopeless eplanation the day after the match. And I must be honest to say if Norway had not had an outstanding keeper in Katrine Lunde Haraldsen, they had been with 0 points after the first two matches.

Norway had plans to spend the last match to get the players into the championship which had not got so much playing time in the first two matches, but they were in big trouble all the way, and pulls out a victory by one goal at the end.

It seems like there is no players that’s in to the game yet. Anywya Norway goes into the main round with four points that will will give them some space. Still I believe they will have big problems in the main round if they continue playing like this. Then the semi finals is in the blue.

Load More... Follow on Instagram
France, Sweden, Denmark-two points each to the Main Round
France still favorite with Denmark as a real challenger