France still favorite with Denmark as a real challenger 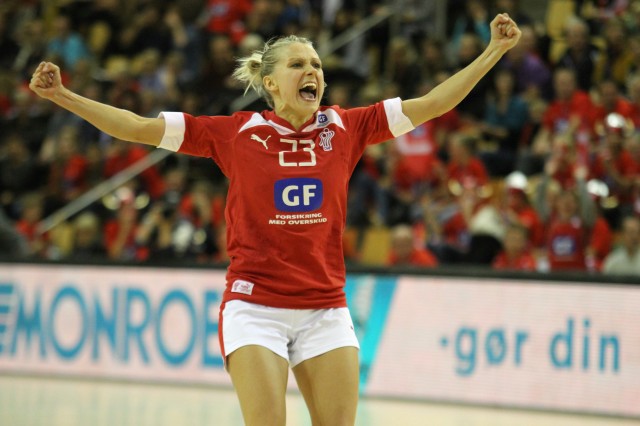 France still favorite with Denmark as a real challenger

In our expert series Søren Jeppesen sum up the last group, group B, of the preliminary round. And he also conclude that group 1 in the main round are so wide open that it’s hard to say who will reach the semi finals.

Here is what Jeppesen say:

Macedonia, one should wonder how they came to this championship, because they do not belong in this Euro 2012 in Serbia.
If we take a look at their qualification group where they were number two behind France, and in front of Turkey and Lithuania, then we understand how they got here.

It’s a lot of nations that is better, and Macedonia have severed some big defeats during this championship, bit that’s because they’re no better than that.

That the Danish coach Jan Pytlick has been out saying that his crew can lose to them, is a statement completely out of the woods. Macedonia was like wait a sitting duck in the last match, and was sent home
together with Iceland without even been near anything resembling top European handball.

Sweden had a little more physical strength in the match against Denmark, and that was the difference that made it for the swedish team. This mixed with some luck gave them two important points.

They had no problems with Macedonia in the
second match, which seemed more like a good trainingsession the Swedes. The one who got most out of it was the team’s new coach duo Torbjorn Klingvall and Tomas Sivertsson.
It is not many new things they’ve managed to introduced to this team, so much of the systems is routine work from the former coach.

The match against the french team the swedish team was more “school girls” against France who had to win two points.
We’ve seen it before, Sweden and France are two teams that are no match and it was a easey victory for Olivier Krumbholz and his team.

Sweden is not yet out of the tournament, and it will be interesting to see what they can do in the main round.

Denmark who has a line-up of youngsters with a lack of international routine. could have had full score and 6 points.
But one must sometimes pay costly mistakes and they did absolutely
against the Swedes.
But the young players who gets nervous and makes technical faults makes the difference.

Denmark played the second match against France, and what a match. We all know now how it went down, at the final whistle the danes got their two points and defeated France against all odds.

I had the feeling during the half time break that this match wins Denmark with their aggressive 4-2 defense, they come in front with 4 goals, but no, they make mistakes again and again and were left behind with one goal.
Then Cecilie Greve comes in and helps to turn things around to win, and toghether with Louise Burgaard they turn the boat around and wins in the end.

The last match was more a training session for the young danish team, a win by seven goals and every player got some playing time.
The danish youngsterteam have so far lived up the expectation, and goes to the main round with two points.

With two points and the self confidence they gained against France, I think they now can be a real challenger for all the teams in the main round. If they can keep away from technical failures.

France, I think has given the team so much confidence that they can be dangerous for all other opponents now.
If they can avoid all their fault.

France warmed up with a victory in their first match against Macedonia, then waited Olivier Krumbholz squad on the Danish dynamite.
France is known for a team that never gives up, they fight and play 2 x
30 min each match.
It was also necessary against Denmark, they played very good defense game, but they struggled against the offensive Danish defense, but used their physical advantage to move the small Danes.
However, a important factor in international handball is that you must have a good goalkeeper, and this was where the french team had their weakness this evening, and it was the direct cause of the loss of the two points.
But France always loses a match in the preliminary round in every tournament.
France got back on track, they showed themself from their good side again against against Sweden, and made it clear to everyone that they are still alive.
France is still my favorite to be in the final, next Sunday.

Main round group 1 has gotten to a group where everything can happen.It is extremely difficult to say in advance what will happen.

Super cool for women’s handball and the product in general.

Czech Republic went all in, and lucky Norway with four points to main round
Romania crushed Spain