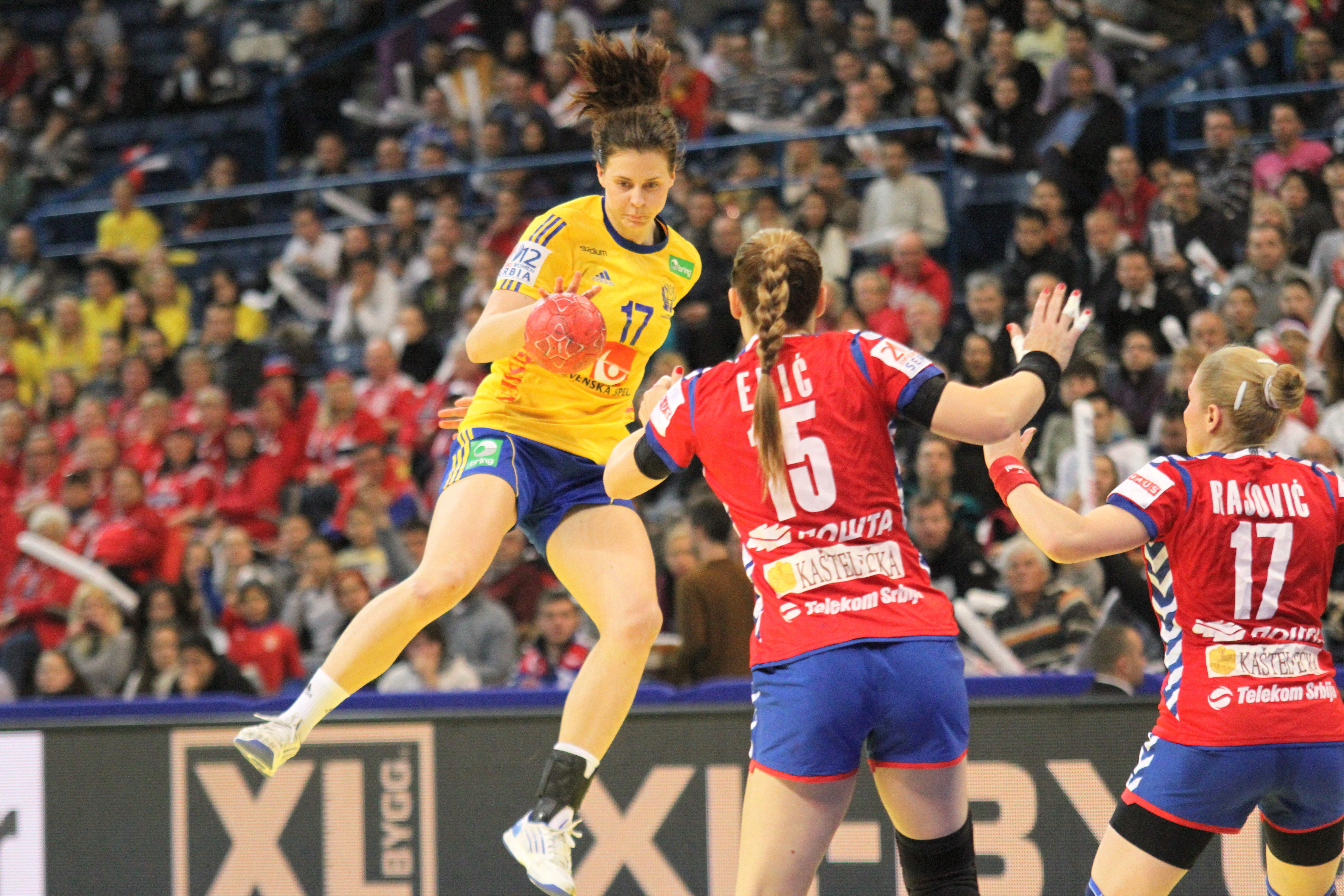 Sweden entered the court with great will and ambition and rallied on with a quick 3:0 lead leaving the Serbian spectators speechless.

With being down by 1:4 after seven minutes Serbia called a time out to implement new plans, but the shock lied deep within the hosts and with cold blooded Gulldén on the 7-metre line Sweden continued their dream start building the lead to 7:2.

The hosts pushed by numerous vociferous supporters needed about ten minutes to wake up and so Serbia closed the gap to three goals.

The loyal supporters raised their volume in the Kombank Arena and with a newly mixed team led by Kristina Liscevic Serbia came as close as two goals forcing the Scandinavian side to a time out  in the 18th minute.

The game remained on close distance and with young prospect Liscevic Serbia got fresh wind, but her team-mates missed their chances in the catch-up phase, long minutes were gone by without goals on both sides.

In the dying minutes of the first period the hosts found back to the rhythm of the match and melted the difference to a single goal.

Sebia has opened the second half by equalising, coach Boskovic has continued to use the same team , without the big names like Lekic or Damjanovic. 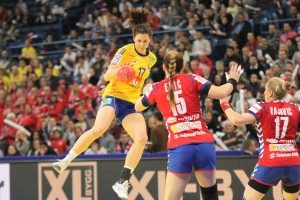 The match was balanced, 14-14, 15-15, referees adding some suspensions to the hosts. Despite this, Damjanovic has found the way to the goal, getting the lead to her team, 16-15.

Katarina Tomasevic had an improving performance in the goal, in the field Ognjenovic increased the gap to two goals, 18-16.

Fire and improving team-work let the hosts score more times, Swedish team making too much mistakes in this period lost the control of the game, 19-16.

Serbian crowd gave power to the hosts, Swedish coach has called his time-out, but that couldn’t stop the motivated Serbians to increase the gap, 21-17.

Sweden scored only three goals in the first nineteen minutes of the second half, meanwhile Serbia played a creative attack and tough defense, 23-18.

Last ten minutes of the game was more balanced, Swedish team had fought to a come-back, 23-21. Linnea Torstenson netted several times in the dying minutes, Scandinavians leveling up the match at  23-23, which became the final result of the match.

Anja Edin: so much fun to win
This is the semi final scenario in group 1