Main Round starts this weekend(1.) 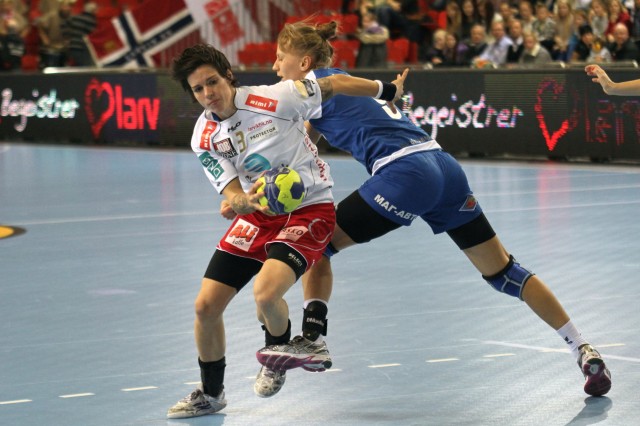 Main Round starts this weekend(1.)

The Main Round of the 2012/2013 Women Champions League is about to start this weekend, so timeoutmag.com collected the latest news regarding to the eight Main Round participants team.

The Hungarian club Győri Audi ETO KC is working on new contracts for the next season beside preparing to the Main Round. The management of green-whites has managed to extend contracts with goalkeeper Katrine Lunde (2+1 year), lineplayer Heidi Løke (2 years), backplayer Eduarda Amorim (2+1 year) and right winger Adrienne Orbán ( 2+1 year). The club is still negotiating with other players as Andrea Lekic, Jovanka Radicevic, Raphaelle Tervel and Anikó Kovacsics about a new contract, but there is not excluded the possibility to sign new players as well.

Győri Audi ETO KC is leading the Hungarian League, despite having some injury problems in the last period. Andrea Lekic, Anita Görbicz, Viktória Rédei-Soós had to take breaks because of minor injuries, but Eduarda Amorim is back to the court after almost a two months pause caused by a more serious ankle-injury. 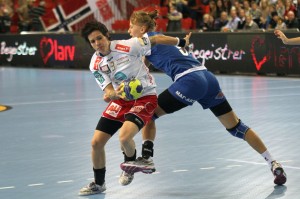 Larvik HK is  leading the Norwegian League, they won the Norwegian Cup for 13th time in December 2012 and they are preparing against Randers HK. Danes are the first visitors to Arena Larvik, this weekend, on 26/1.

Norwegians are not exempt from injuries either: Olga Medvedeva is injured, Nora Mørk is in recovery after several knee-surgeries and playmaker Tine Rustad Kristiansen is pregnant. Backplayer Tine Stange gave birth to her baby in January, but Kari Mette Johansen and Kristine Breistøl is back to the court after their injuries, and Tonje Larsen is willing to play both ways (attack and defence), much more, she is willing to extend her contract to one more  year.

Larvik HK intentioned to sign lineplayer, Heidi Løke, from the start of next season, but Løke choose Győr. After latest news, the club now is in negotiations with Marit Malm Frafjord, the 26 years old lineplayer, playing in present in Viborg HK.

Randers HK it  could be seen as maybe the biggest surprise in the Main Round groups, but the Danish team will be a strong opponent to every team on their way to a semifinal-pot.

Spanish playmaker, Macarena Aguilar  had to take a longer break because of injury and Berit Kristensen (the other playmaker) is also injured, but she could be back against Larvik already.

Randers HK lost a top-match in the Danish League, against FC Midtjylland, the team beeing situated on the third place in the Danish Championship, after FCM and Viborg HK.

Ulrika Ågren, Swedish line-player of the team, means that her team has an underdog role in this group, which is a very difficult one:

“Obviously it is a very strong group, and it will undoubtedly be difficult to get any points away from home, but in our home matches I think our chances to get some points are pretty good. Then we will have to see how far that brings us.

Nevertheless, I see us as underdogs, and that also means that we can play freely in that group, as there is really no pressure on us.”

Randers Hk has extended the contract of young back-player Sofie Strangholt until 2015. Goalkeeper Chana Masson will leave the club at the end of this season, since the managment could not find a reasonable solution to keep her.

Buducnost Podgorica is a young team and last years title-holder in Champions League. Most of their key-players won the gold medal for Montenegro at ECh in Serbia and are full of confidence.

Their injured players are back to training and court, so coach Dragan Adzic can work with a complete squad. Serbian lineplayer, Dragana Cvijic, left winger Majda Mehmedovic (knee-injury at ECh ) and Macedonian right-back, Elena Gjeorgjievska (has recovered after an ankle injury) are back on court.

Dragana Cvijic is looking forward to the Main Round:

“We are aware of the opponents’ strength. But, without any fear and no burden we will do our best in every game. For us this is an opportunity to move forward, to become better players, to gain experience. And of course, we will fight for victories as we are proud to be champions of Europe.”

The topscorer of the CL so far, montenegrin Milena Knezevic (54 goals) has beeen elected Montenegro’s Handball Player of the Year and Budocnost’s 18-year-old Jelena Despotović has got the award for the best young Montenegrin player.

Comments about the Main Round draw
Main Round starts soon (2.)