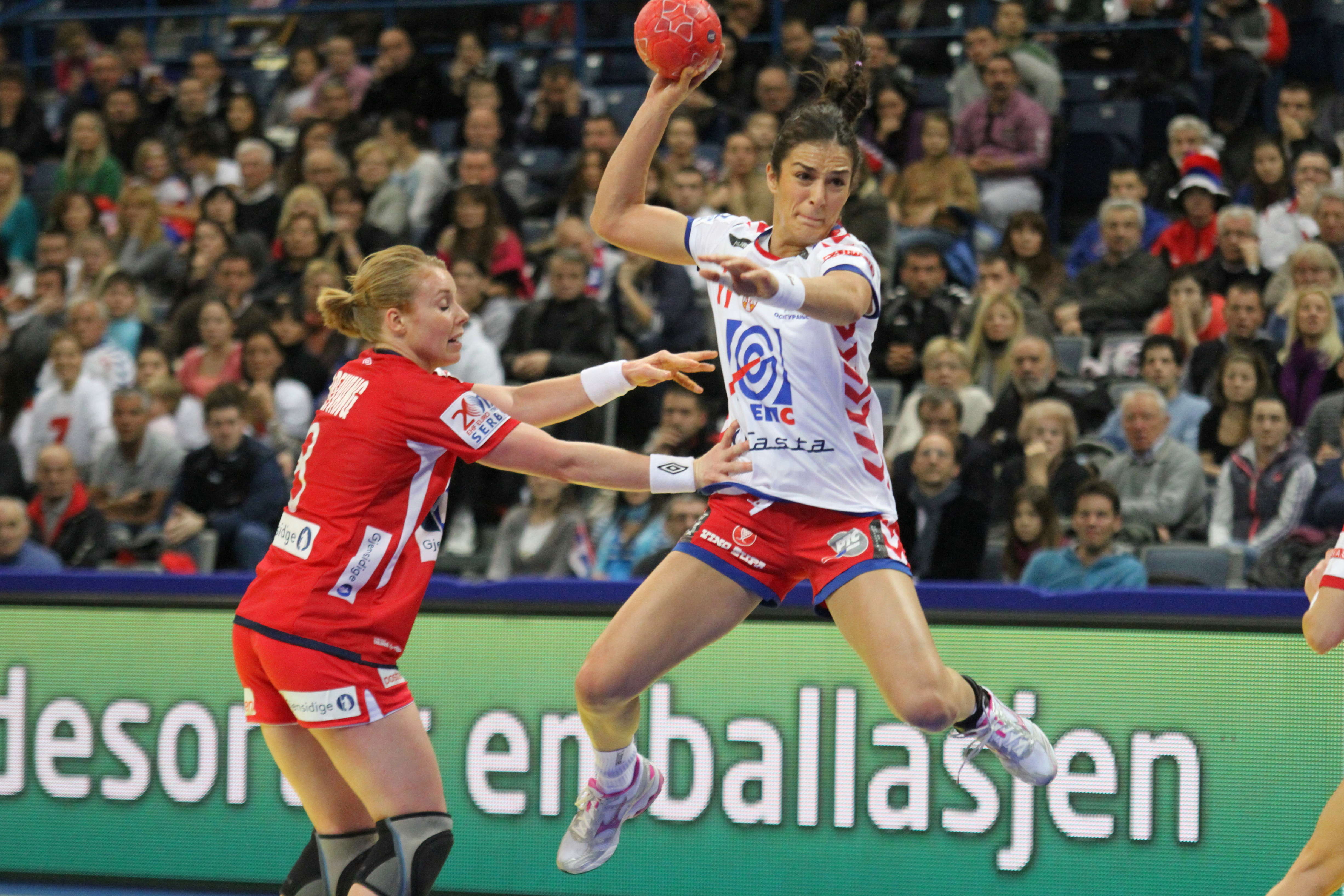 Polish middle back, Kinga Byzdra has signed a three years contract with defending CL champions, Buducnost Podgorica. The 23 years backplayer plays currently for Lublin in Polish league and is one of the most talented players of her country. She was elected as  “Player of the year 2012″ in Poland.

” It will be a new experience, a different land and culture. It’s the first time I will leave my family, but it was my goal to transfer to a team which plays in CL.

At Buducnost Podgorica here are tough trainings, and my decision was also  influenced by the fact that Bojana Popovic is the sport director of the club. She is my idol, the player I have seen playing and choosing to play handball…

I like the team spirit of Buducnost, the will of win and their defense style is very familiar to me. I can play leftback as weel as middle back, but my favorite position is the last one.

I am looking forward to this new challenge.”- Byzdra stated in Montenegrin media (pobjeda.me)

Rumors from Danish media suggests that another handball player from Balkan is on her way to a Danish club.

Viborg HK has intended to sign a quality left-back, and they were in negotiations with Croatian Andrea Penezic, but that transfer was not possible of different reasons (economical).

Now, Viborg HK is in negotiations with Serbian left back, Sanja Damjanovic, who currently plays for Podravka Koprivnica. The player was injured in the last weeks, but she is a well known player, who scores from the back position, beeing registered by 50 goals in  CL this year.

Earlier Damnjanovic  has played for RK Zajecar, Krim Ljubljana and she is member of the Serbian national team, which acquired the fourth place at Euro 2012 in Serbia, where was elected as the nest left back of the competition, in All Star team.