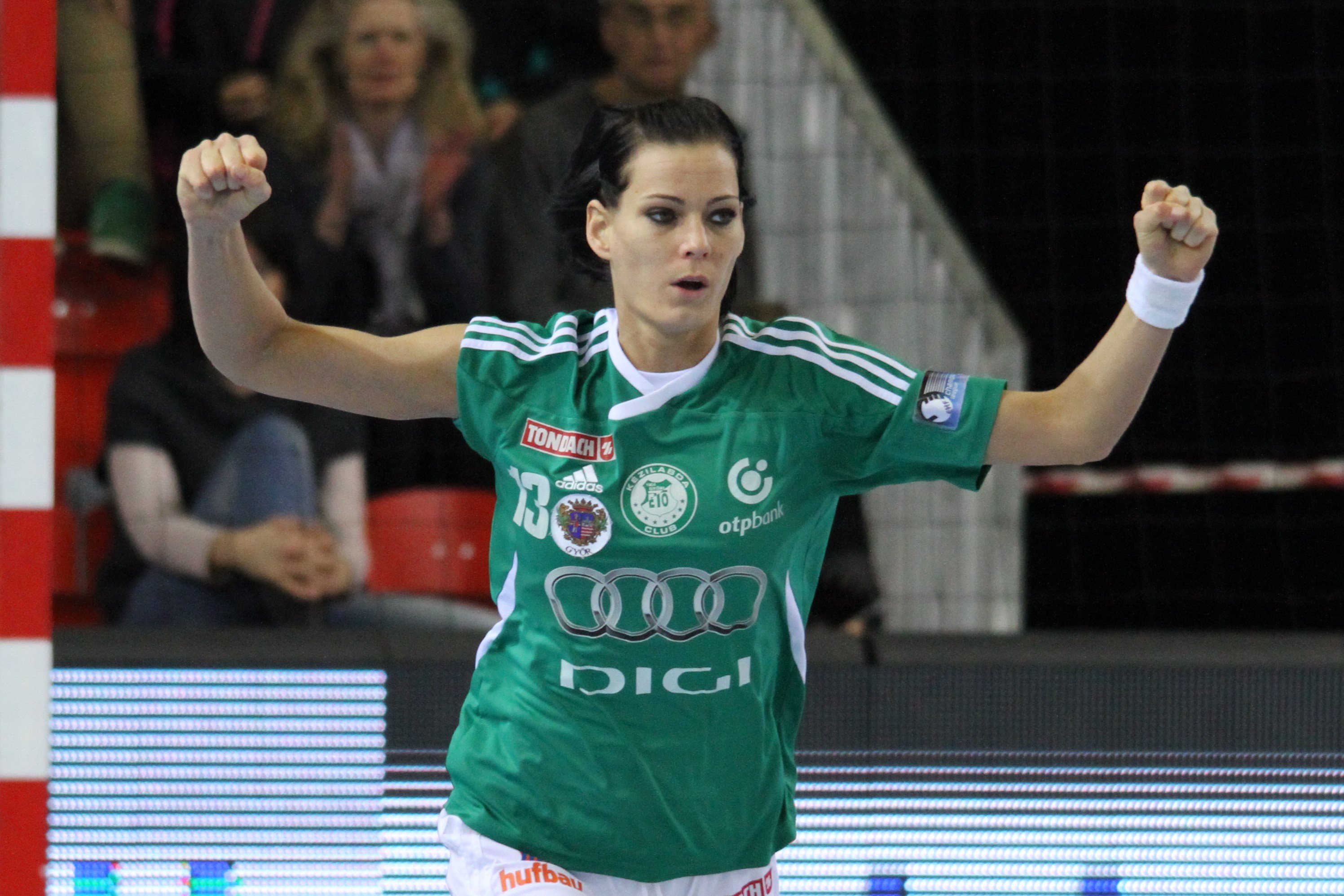 The semifinals of Champions League will be played this weekend.
The four semifinalists are Oltchim Rm.Valca, Győri Audi ETO KC, Larvik HK and Krim Ljubljana.

TimeOutmagasine will present the four semifinalist teams, their way to the best four and discussing chances regarding the acces to the CL-final 2012/2012.

Oltchim Rm.Valcea-Győri Audi ETO KC
Th first leg of this semifinal is scheduled on Saturday, 6/4, 18.00, in Bucharest, Sala Polivalenta, which has a capacity of 5200. 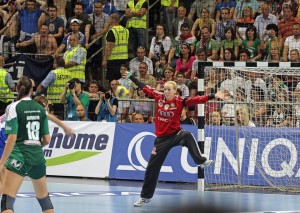 Győri Audi ETO KC ha finished their group race undefeated, after they got six victories out of six matches against Podravka Koprivnica, Krim Ljubljana and “U”Jolidon Cluj. At the end of the group stage, Eduarda Amorim has suffered an ankle injury, she needed a surgery but she had recovered well, and luckily she had a long break in December to do it.

In January 2013 has been decided that two of Győr’s players will leave the club after this season, Andrea Lekic and Jovanka Radicevic has both signed with ZRK Vardar Skopje.  French Raphaelle Tervel has not extended her contract, she will decide about her future at the comingout of this season. Eduarda Amorim, Katrine Lunde, Heidi Löke, Adrienne Orbán and Anikó Kovacsics has all extended their contracts fro more years. New players will also arrive from the next season, however the mane of these was not released yet.

In the Main Round Győr had opponents like Larvik HK, Buducnost Podgorica and Randers HK. The team of Ambros Martín finished this stage on the first place as well, beeing the only undefeated team after twelve matches in CL.
Győri Audi ETO KC will met Romanians from Oltchim in the semifinals, like last year, the first leg will be played in Bucharest, the second leg in Veszprém. 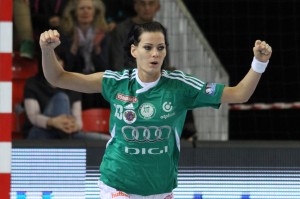 There were discussions about the date of the second leg, because of the hall in Veszprém, which is occupied by other event in the weekend of the semifinals. The coach, the team with the management of the club from Győr has finally decided that they are willing to play on Thursday (11/4), and the EHF has approved their request.

The opponent, Oltchim and their management and especially fans was not satisfied with this decision of EHF and Győri Audi ETO KC. The main reason is that the fans of the Romanian team are not able to travel in the middle of the week, for more days to abroad, since every of them has job or they are students. But after recent information about 250 Romanian fans will support their team in Veszprém, as many as Hungarians in Bucharest.

“I will be our toughest game in my opinion. If we manage to keep the focus all the time, to play our game, to show a good defense and goalkeeper play, we don’t have to worry. I hope that we can get home from Bucharest with a really close result, and the qualification will be decided here in Hungary.”

Győr’s squad is totally healthy, they finished on the first place of the first stage in Hungarian League and the first semifinal match was also played already against Vác, this Tuesday. Győr won with a difference of 23 goals, 39-16.

” At this stage of competition there are no weaker teams. Every team has an improving play, and we have chances to get to the final only if we are able to focus all the sixty minutes of every game, to control the whole match and be very disciplined.

At this level, there are no favorites as well, only very good teams. Nothing else will count, only the fact that in the two days of the semifinal matches, who will show a better shape.

Our preparation was very complete, there were no lacks, at the same time every of my players could rest a bit in the last period. One of them were with their national teams, the others prepared here in Győr, doing a very hard work.
I told to my team that until now they get those superb results in the matches with their hands and feet, as well with their minds. But from now only their hearts could lead them to victories and to the final.

Valcea is a very strong opponent, I expect a hard game on Saturday Their shape is increasing, they started bad, but improved and this makes them mor confident. Their economical problems has been also solved, so they can prepare without any background problems. It will be an exciting game for everyone, we are hundred percent prepared.”

Goalkeeper Silvia Navarro and  backcourt player Alexandrina Barbosa from Oltchim both knows very well Ambros Martín, the Spanish was their coach for more years in Itxako. Both Spaniards of Oltchim said that it will be a strange feeling to play against him, but they also know that Ambros Martín means that defense is the most important thing in handball, if defense is not working, attack goes bad as well.

” These two teams, Győr and Oltchim should meet in the CL-final, since are the strongest teams in this competition this year.

Personally I wish Mica (Aurelia Bradeanu, her former team mate and friend from Győr, playing now for Oltchim) a good game, but my heart is beating for Győr. I spent some superb years in that club and I wish them to win the CL this year.”