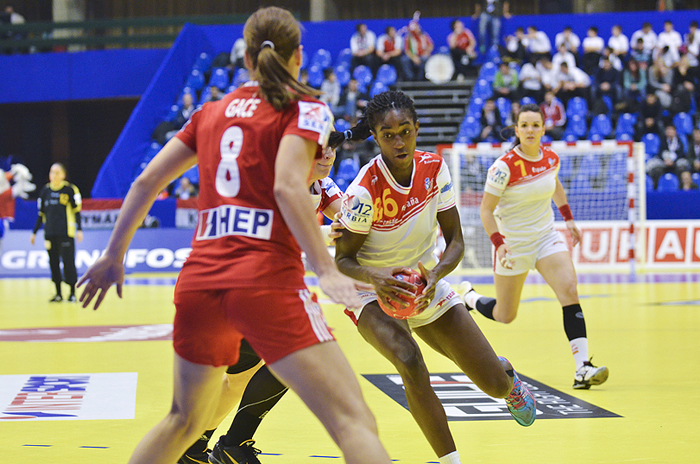 The semifinals of Champions League will be played this weekend.
The four semifinalists are Oltchim Rm.Valca, Győri Audi ETO KC, Larvik HK and Krim Ljubljana.

TimeOutmagasine will present the four semifinalist teams, their way to the best four and discussing chances regarding the acces to the CL-final 2012/2012.

Oltchim Rm.Valcea-Győri Audi ETO KC
Th first leg of this semifinal is scheduled on Saturday, 6/4, 18.00, in Bucharest, Sala Polivalenta, which has a capacity of 5200.

Oltchim Rm. Valcea has won their group against Buxtehuder (Germany), Randers HK (Denmark) and Hypo NÖ (Austria). The team qualified to the Main Round with six victories.

In the Main Round groups Oltchim met FTC Rail Cargo Hungaria (Hungary), Krim Ljubljana and Zvezda Zvenigorod.
The Romanian team was struggeling in the opening rounds, beeing defeated by both FCT (in Valcea) and Krim (in Slovenia).

Backplayer Cristina Neagu had suffered a serious knee injury, beeing forced to stay out of the court for at least six months. 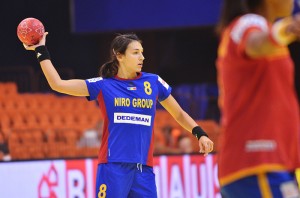 The club had serious economical problems, players didn’t get their salaries for last three months (December, January and February) and some of the players, like Allison Pineau, Alexandrina Barbosa, Silvia Navarro and Ionela Stanca applied to the Romanian Handball Federation in order to be released of their contracts with the club. At the end, only line-player Ionela Stanca quit and left Oltchim right before the match against FTC in Hungary. She transferred to the French club Fleury Loiret. French keeper, Amandine Leynaud, in recovery after her knee surgery has also released her contract with Oltchim and has signed an one year contract with ZRK Vardar.

The economical issues has been solved, Petrom company steping in with an amout of 500.000 euros, which has been divided in three parts. 300 thousand euros was transferred in the club’s bank account, to be able to pay the overdue salaries, 100 000 euros will be paid if the team will qualify to the finals of CL and the rest of money Oltchim will get in case of winning CL-trophy.

Oltchim finished on the second place in the Main Round group, after winning two times against Zvezda, defeating FTC away and Krim in Valcea. This meant that they will face Győr in the semifinals, team which finished first in their Main Round Group.

In the meantine Oltchim has won the Romanian championship (three rounds before the finish) and Jakob Vestergaard’s team could start the preparation for the semifinals against Győr.

Allison Pineau had to follow an individually plan of training because of minor injury in her knee (earlier operated) and Montenegrin Marija Jovanovic was struggeling with an ankle injury she got when she took part at Montenegro’s trainings last week.

On Thursday Oltchim has organised a press conference in Bucuresti, where Jakob Vestergaard, Katarina Bulatovic, Paula Ungureanu and Steluta Luca has answered questions for the journalists. The next trainings of Oltchim will be closed to the public and journalists, was also announced.

Jakob Vestergaard:
” We made a good preparation, and I think we are ready to face Győr on Saturday. On the next 2 days we will make some small finalizations on our game.

The most important factor will of course be the defense, since we talk about the two teams which has the best defense and best goalkeepers this year. But against Győr our play in attack will be as important as the defense, otherwise we won’t be able to stop Győr’s fast breaks. The only solution for this is to score, to not allow them to counter attack.

Győr is a very good team, with Heidi Löke, the best line player, Andrea Lekic, one of the best backplayers and Anita Görbicz, one of the best playmakers in the world, but they have a bunch of very strong handballers. The tactical preparation will also count a lot and we know that we met a phisically very well prepared team.

Győr and Oltchim has a well known history in CL, but this is because they deserve it. We are focusing hundred percent to win Győr in these two matches and if we qualify to yhe final I personally would like to take revenge on Krim.” 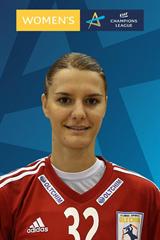 Katarina Bulatovic (asked about her feelings to play against Győr, which could be her next club-news from different media-sources)

” I have played many times against Győr, so it won’t be strange or different. I am a professioal player, so I really would not like to discuss my future here, this is not the appropriate time for that.

Győr has a lot of good players, I don’t want to mention anyone, because I mean that we have to be carefull against all of them.

I personally won already two CL trophies, and my biggest wish is to take the third one this year, and why not the fourth one also..”