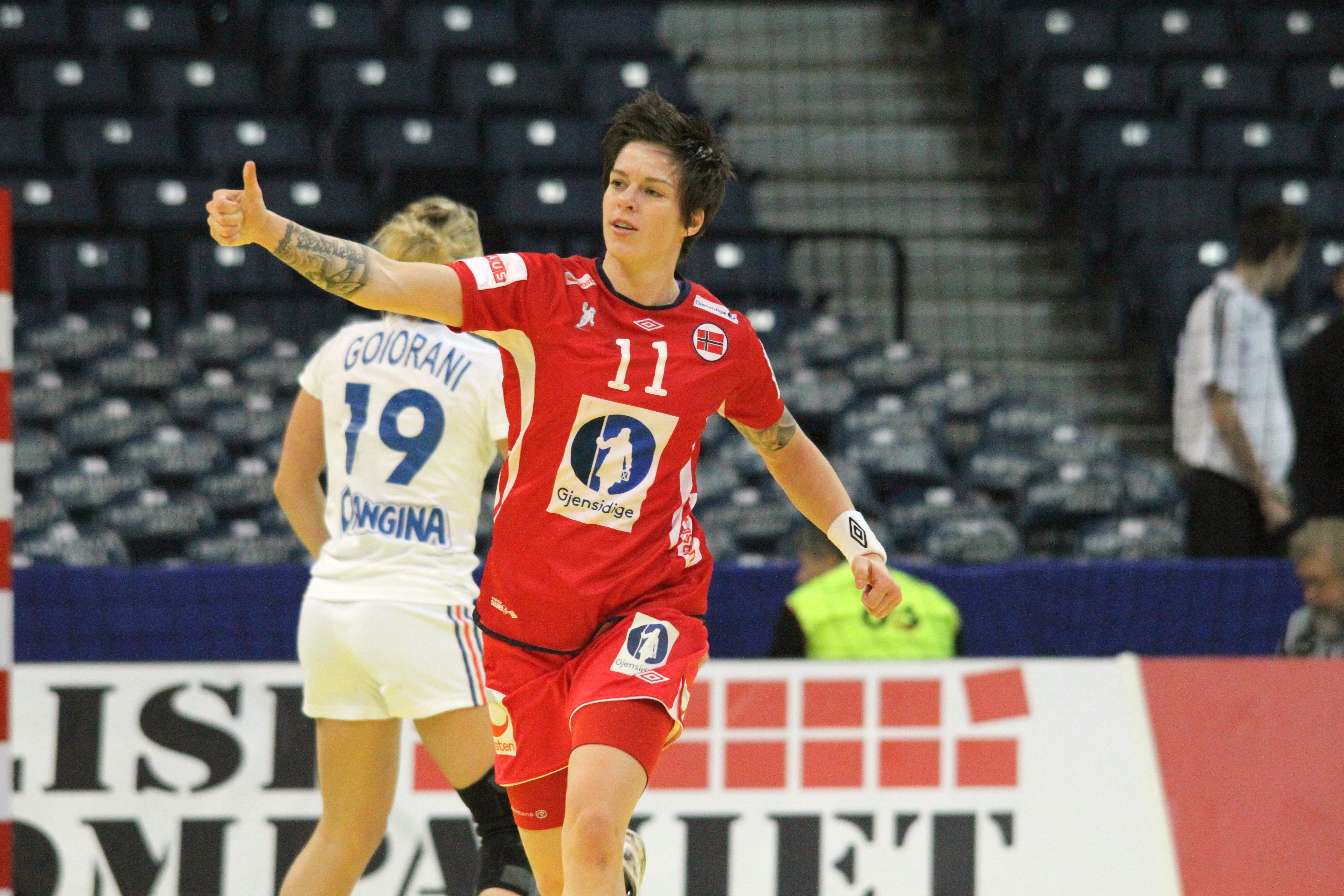 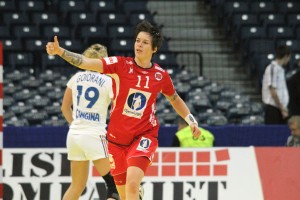 Larvik HK, a compact Scandinavian team, with a defined handball, not using many international star-players, but the essence of the squad is given by Norwegian players, used to win when it become sharpest.

Krim Ljubljana, the representative of former Yugoslavian handball, an experienced coach, Tone Tiselj and highly rated players from all over Europe, all hungry of success.

” We have to present a solid defense, and try to tun over them, this could make them frustrated, which can influence their way to play. I mean that all the sides of our game must work on a high level, we must be very efficient in attack and very well organised in defense.”

“They are excellent in defense and counterattacks, but they also have some weak points, for instance their transition from offence to defense. We have to take advantage of that.”

In the start of the game  guests from Ljubljana opens with a 0-4, Grubisic is outstanding in the goal, and Ole Gustav Gjekstad call his first timeout, only after 7 minutes of play. Tamara Mavsar scores three goals, Krim has scored on fast break three of their four goals. Penezic finds the goal as well behind Leganger, two nettings of the Croatian backplayer, 0-6, after 10 minutes of play. Gro Hammerseng scores Larvik’s first goal, after 10 minutes on their own Arena. Carmen Martin scores from the wing, but failes from penalty, as Verghelyuk did also earlier.

Karoline Dyhre Breivang manages to score the second Norwegian goal, but Piedade and Penezic is increasing the gap  to seven, 2-9. Desperate Ole Gustav Gjekstad calling his second timeout, because his team cannot find the goal. Right after, Sulland scores, 3-9, 14 minutes again from first half.

Krim scores from every position, Larvik’s defense is not working as usual, Hammerseng can score, 4-10, then Anja Edin shows her shoot , 5-10. Susan Müller plays in attack, and is netting twice for Krim, 5-12. Anja Edin is the only Larvik player dangerous on the goal, 6-12. Tone Tiselj is caling his first timeout, to calm down his team.

Müller scores again, then Larvik’s topscorer in CL, Riegelhuth-Koren is setting a 7m behind Grubisic. Krpez manage to increase the gap, Thea Mörk reduces the difference, but Susan Müller is unstoppable.

With an excellent Nina Wörz in defense, high performance in the goal by Grubisic, good offensive play by Müller, Penezic or Mavsar. Krim leads Larvik, team which cannot find its play, neither in attack or defense. Half time result: 9-16. 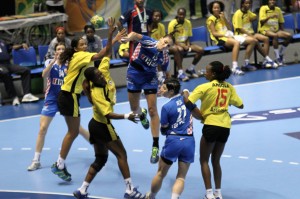 Sulland makes a surprising good start. scoring her second goal in this half, but on the other side, Tonje Larsen gets a suspension, and Verghelyuk punishes from penalty, 12-17.

Gro Hammerseng scores the 13. and 14.goal of hosts, Larvik is back in game, 14-17 and Tiselj is pushed to call his second timeout in the game.

Half way in the second part of the game, Isabel Blanco scores her second on counter attack, Larvik reduced the gap to only two, 16-18. Krim seems to become tired, but not Müller, the German scores her sixth, 16-19. Andrea Penezic gets the  fifth 2 minute suspension of her team, but Larvik can’t finalise.

After a well set attack, Piedade is getting a penalty, but Verghelyuk can’t score from 7 meter, her second fail from penalty.

Fantastic Susan Müller don’t want to give up, her eight scoring, 21-24, but Riegelhuth-Koren answeres from penalty, 22-24 in the dying minutes.

Tone Tiselj calles his last timeout twenty seconds before the end, but Krim lost the ball, Larvik runs, but the match ends with 22-24, for hosts.