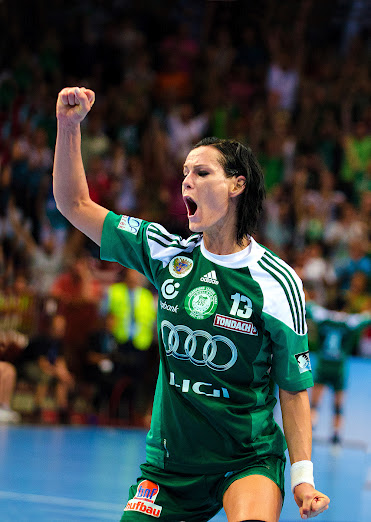 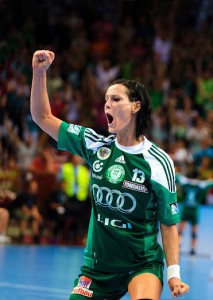 Oltchim Rm. Valcea lost against Győri Audi ETO KC in the first leg of the CL semfinals, in Bucharest. Győr defeated the Romanian team with the 22-24 (10-14) result.

Győr”s coach and players know, that their maximum focus s needed in the second leg of the semifinals, against Valcea.

” There are already precedents regarding the fact that the team which got the victory in the first leg, on away court, lost the second game and could not qualify.

Oltchim is a really strong team, they will give everything to get the victory, will fight with their las energies. We have chance to reach the final only if we treat the match with the same seriousity and we are willing to fight to the end.”

” We are aware that is not over yet. Valcea has a really strong squad, plays good handball, always having big fights against them.

I am happy that we managed to win the first match in Romania, but we have to treat the next match with maximum seriousity, focus like we did in the first match, the only way to reach the final.”

“We will analyse of course the mistakes we have made on this first game, and we will prepare accordingly. We will focus on our own game as we did until now in this season, this is the only way to make good results.

I am expecting a highly motivated opponent, fighting until last seconds to overturn the deficit and try to qualify, but my team, Győri Audi ETO will also be on the court. I can promise that we will fight as hard as we did in every match this season and we want to play CL-final.”

Bulatovic: ” We can win in Hungary”
Győr lost their first match, but qualified to the CL-final