Ambros Martín:” The target is to win both matches” 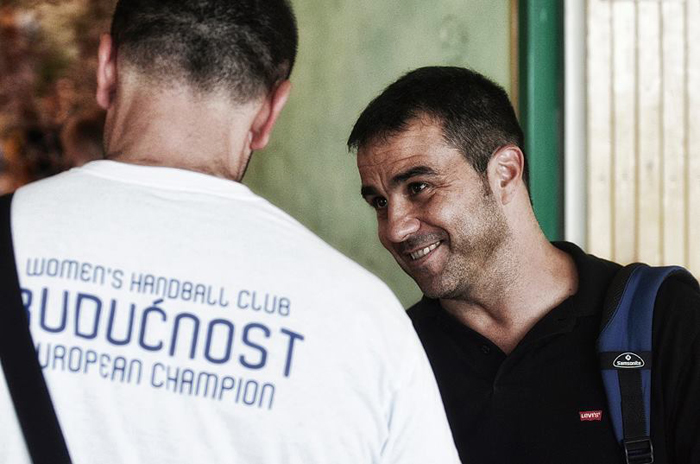 Ambros Martín:” The target is to win both matches”

-In the last match in CL, semifinal against Oltchim , Győri Audi ETO was defeated, this means that the series of thirteen victories was broken then. But we know that your philosophy says: defeat has also its benefits. Is that true, even if that defeat meant qualification to the CL-final?

Sport has always the possibility of losing, of beeing defeated anytime. In our case the picture shows: if we are playing on an average level, or on a high level than we win. If we are doing our tasks so badly than we did against Oltchim, than defeat could happen. This is so simple, there is no need to create theories about that or to talk about chances.

Whatever happened until now we have only one target: to win both in Larvik and at home as well. There is no other option!

-Do you prepare some new tactical element or something unexpected to surprise Larvik??

Larvik had not changed so much in the last three years. They have the same players, same coach and same play. The two teams had played many matches against each other so they know each other perfectly.

In my opinion the tactic won’t be crucial, but the fact which team can play its own game near to perfect and concentrate until the end.

-Is your team mentally prepared?

Our team has only top-class players. The two Norwegian players of ours, Katrine Lunde and Heidi Löke has already won every possible trophy in handball. Raphaelle Tervel is world champion, Jovanka Radicevic is new European champion and won silver medal at the Olympics and  our Hungarian players won the bronze in the Europeans. Andrea Lekic had an outstanding performance on the ECh, Eduarda Amorim in the Olympics.

So we have only players which could be called the “winner-type”, and the know how to prepare a final match in a big competition. I think that we don’t really need special mentally preparation.

Tor Odvar Moen: ” The pressure is on Győr”
Görbicz: “This is the final – everything works differently”