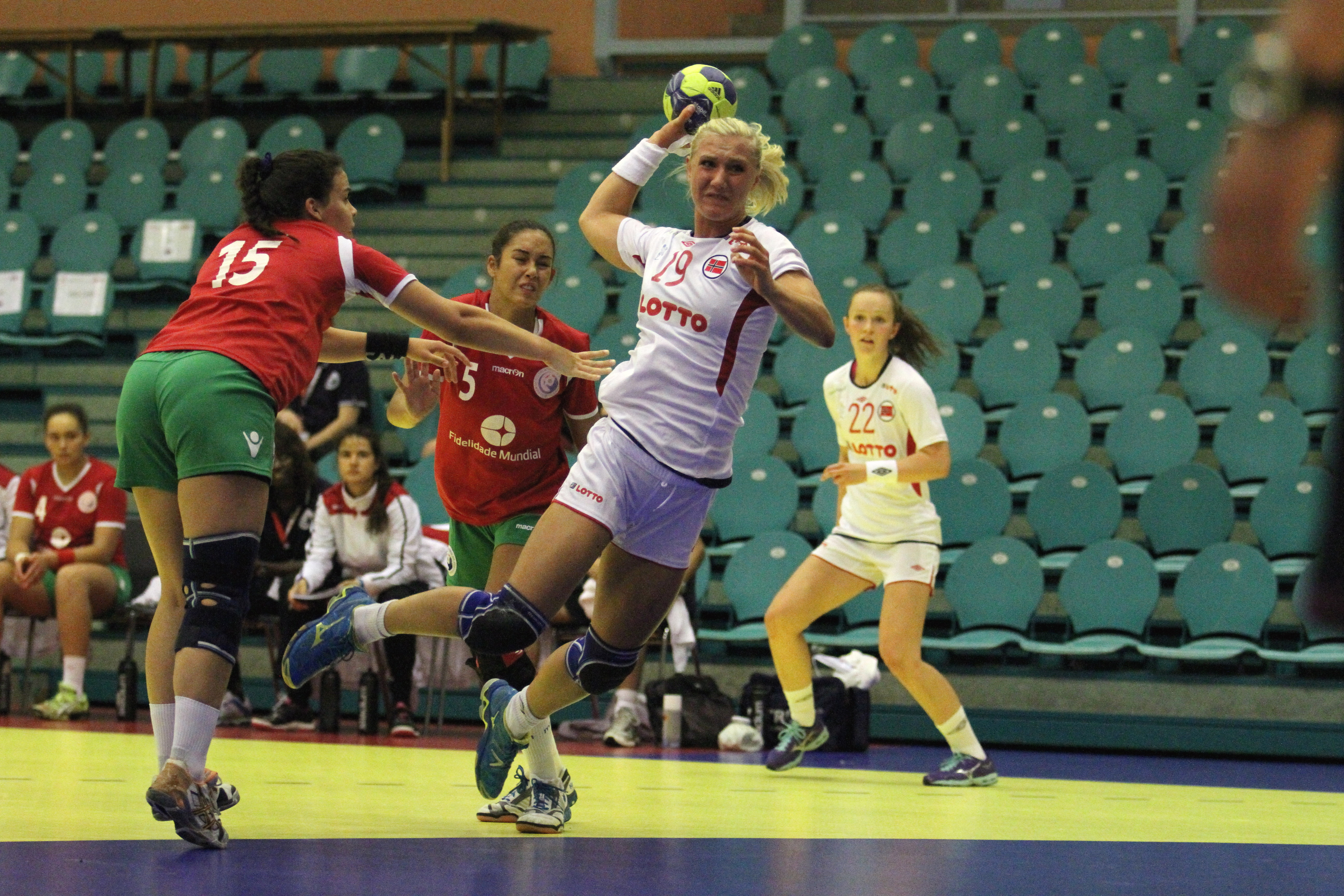 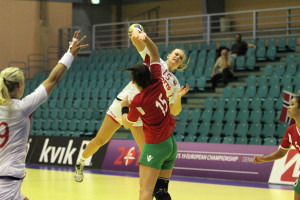 We’ve been watching the matches in Kolding where eight of the sixteen teams have been playing their second match in the European Championship for women U19.

First out were Norway and Portugal. North vs South of Europe, even if it were 32 degrees outside and a warm arena, the girls from Norway seemed to have most control of the match.

Portugal had contact for ten minutes, but from there and to the signal for sixty minutes blow the match was owned by the norwegians.

In second half it took over ten minutes before Portugal could get the ball past the wall of norwegian girls.

In the second match of today Romania and Slovakia went head to head to get some important points. In this match Romania had control from start to the end. Even if we noticed some good play from the slovakian side, the team of Romania were superior to their opponents.

We noticed one player that we think we’ll see a lot more of, and that’s Gabriela Perianu. With a defense play that could drive every shooter out of their mind, and a offense play where she used her physical strength to her best.

A well deserved victory to the Romanian team.

The third match was a local derby between Slovenia and Hungary. And what a thriller it become. Nothing was sure before the final whistle sounded from the match clock and Hungary could raise their arms in victory.

The fourth and last match in Kolding Friday evening was a nother good thriller match between Sweden and Spain. Both team fought about having the lead in the first half and had to go to half time with 12-12 and the match were open.

In second half Sweden started out good and went rapidly up to a three goal lead before the spanish coach delivered the time-out card.
It didn’t help much. Sweden kept their three goal lead until the finish line and could raise their arms for two points

After Friday’s matches Group A and D looks like this: