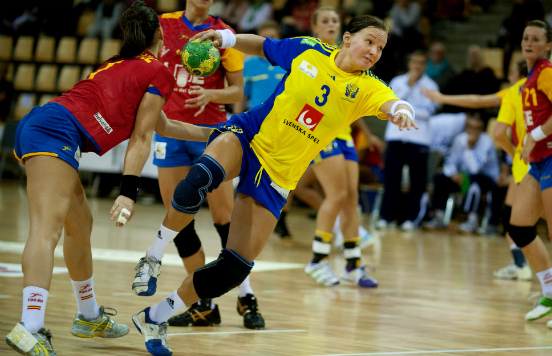 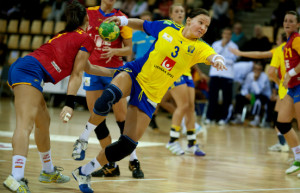 Norwegian line player, Marit Malm Frafjord is injured (shoulder-injury, which needed a surgery) and she is recovering right now.

Medical staff says, that she could be able to return to the court  in December/January, but until than her club-team has only one line-player, young Danish Sabine Pedersen.

Viborg HK is involved in the CL-qualifications next month, and will play in the same qualification-group with HCM Baia Mare (Romania), TTH (Denmark) and winner of the match between SERCODAK Dalfsen (NED) / Muratpasa B.S.K. (TUR).

They had to transfer a player who can  replace Frafjord, both in attack and defense and has international experience. VHK choose Swedish Tina Flognman for this position, who has over 200 matches in the Swedish national team and lately played in Toulon. The 32 years player will join her new team in these days.

Another new from Danish League is that Jakob Vestergaard has canceled his contract with FCM, about his assistent -coach position. He decided to work only as a teacher at the Ikast-Brande Gymnasium, and dedicate more time to his family.

Another CL-team from Denmark, Team Tvis Holstebro is struggling with injury-problems. Goalkeeper Sandra Toft is on recovery after a knee-surgery, and she is out until December. TTH has transferred an experienced goalkeeper, reactivating Louise Bager Due, after she gave birth to a child and stopped her career in Viborg. TTH will play in the same qualification-group in CL as Viborg HK.

Randers HK is in negotiation for a new backplayer. 26 years old Mayara de Moura is on test-play in Randers. Brasilian backplayer  is member of Brasilian national team, has played her last season in Hypo NÖ and she is right-handed.

Kristine Lunde-Borgersen is pregnant
Handball news, and not only, from Norway