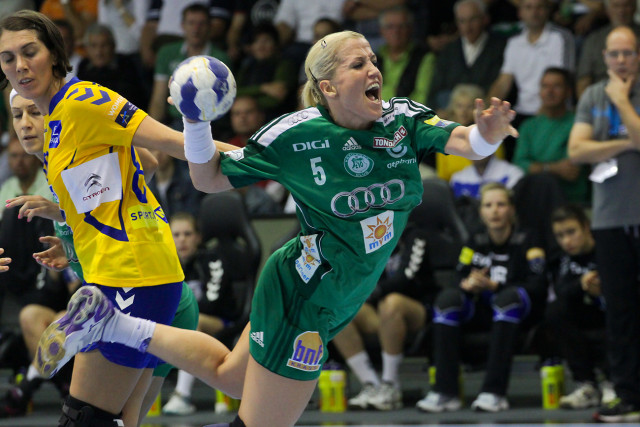 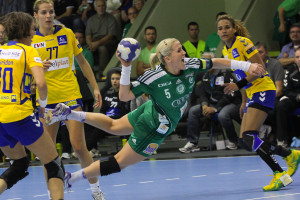 “We came here to take the victory and the two points and we managed this, so we are satisfied. We were very good prepared, so we just played our game.

In the dying minutes of the game we had some problems , but making a quiet good game in the beginning ot the match has brought us the victory.” 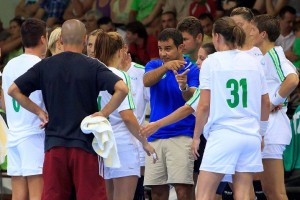 “About the match and previous expectations:

We knew that the opponent is playing a very fast handball, and they tried it today also, scoring almost all of their goals after fast play .

We could win this match because we showed a very secure defense, a high efficiency in our offensive play and a high-quality goalkeeper performance. We managed also to score fast goals and to control the opponents fast counter attack, all in all we made a nice game.

About the last quarter:

In the last quarter of the match I gave possibility to the whole team to play , and the hosts were very hungry to reduce the big gap (13-28 that time), my players were cold, maybe it was a little bit my fault, but we are a team, and every player needs to play, and we can only learn from this kind of situations.

I heard that Hypo lost in Romania yesterday. The hall in Baia Mare has a really amazing atmosphere, there every team has to play strong from the start to the end of the match, otherwise the hosts are fighters and are taking the points. But all the three teams in this group have still chances to qualify to the Main Round.

We met an extraordinary good team today, is incredible the pressure they put on their opponents. They are very difficult to be stopped in defense, and they have a very complexe offensive play, holding the opponent under pressure all the time, this is far away the best team in the world at this moment.

About his own team and the tactic:

We have prepared of course with some tactical elements, but we made a very bad start, they took the lead at 0-4, our goalkeepers had not had saves in the first half.

Against such a great team is needed maximum focus, throughout all the match and much better defense of course. If goalkeeper performance is bad and defense is also weak, the chances against this team are close to zero.”