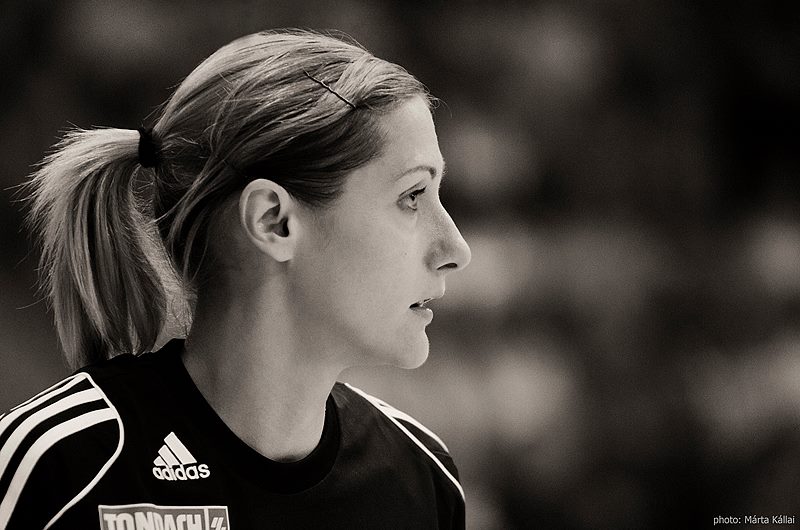 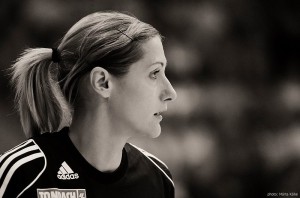 Not so long time ago she was the one who charmed the fans, but for three months , she is completely charmed, living in a fascination. Katalin Pálinger is currently experiencing the exciting life of mothers.

As earlier she was known by her unique, versatile talent on the court , she is involved now in several different tasks, intending to create something lasting.

– How the mother’s role is?

– Oh, what a little charming girl ! When I was pregnant , it was already a miracle , but so now when I can hug her … The first six weeks after her birth I was living in a dream-world. Now she sleeps through the whole night, so I consider myself really lucky.

– Smart baby, she knows that her mother has other duties as well…

– Yes, I continue to attend the board meetings at my former club, Győri Audi ETO KC , and try to help the team’s Champions League appearance too . That does not mean so many work, but I am still active in handball .

– What is your oppinion about the fact, that after Karl Erik Böhn’s disease, János Hajdu became the interim head-coach of the women’s national team ?

– I sent him my congratulations in an sms, when he get the job and he answered me, that he is waiting for me in October , promising that he will take timeout only when my baby is hungry .

Beside jokes I believe that he is the ideal mix of calmness and tough coaching style , in addition that he is knowing very well the girls. I’m glad he wants to continue the work Karl Erik Böhn has started, mentioning, that he can work with a really good team now. With Szandra Zácsik’s return after injury and a world-class player like Zsuzsanna Tomori, our national team could be stronger and more constant than at last year’s Europeans, where we got already the bronze medals.

-After the European Championship’s bronze medals, what do you expect from the national team of Hungary to achieve at the World Championships in December?

– I’m definitely expecting the team among the top four ! I mean that WCh’s field is not as strong, however, the Hungarian team could be a really compact and well-assembled team for this WCh. I sincerely wish to girls to avoid injuries, and be able to work with a complete squad.

– It would be clearly defining, the way how the team will prepare. The first main preparation tournament, Provident Cup in Szombathely encounters quiet strong opponents.

– I think it is great that the Hungarian Handball Federation managed to organize such a high-level preparation tournament in this period. Moreover, the each of three opponents represents a different playing-style . Against Norwegians the team can practice how to stop the fast counter attacks, Croatia plays a more traditional handball, meanwhile the Brazilians are specifically athletic players , combined with a lot of creativity. I think that playing balanced matches against strong opponents, helps us to reach out to a much larger development in a shorter period!

– Using the first person, plural … Is still chance to return for Katalin Pálinger ?

– I really wanted to be mother, having a child and is inconceivable for me to leave her alone. Motherhood , and playing at the national team of Hungary, could be done only by one hundred percent devotion . I opted for the firs one. Of course – you should never say never !

Qualification matches for the EHF EURO 2014, first round
Provident Cup to be a key step for Brazil