Games og Group C at World Championships in Serbia are held in the city of Zrenjanin, in Cristalna Dvorana (Cristal Hall).

World Champions in 2011 in Brazi,l Norwegian national team took the silver last year in Serbia at ECh, being defeated by Montenegro in the final.

From last year’s squad there are more big profiles missing: Marit Malm Frafjord is recovering from a shoulder injury with surgery, Kristine Lunde-Borgersen is expecting her second child and Ida Björndalen, Linn Gossé or Maja Jakobsen is out from the squad on cost of other players. 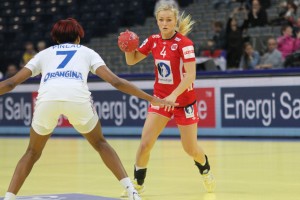 Norway is a clear candidate to win the group and to proceed right to the semifinals.

Last time at WCh in 2007 in France, Poland arrived with high expectations to this competition and they have a quiet good chance to qualify to the eight-finals.

With a Danish head-coach, Kim Rasmussen Poland made one of the biggest surprises of the play-offs, kicking off Sweden from the WCh.

MKS Lublin has played in CL-groups this season, and Poland has also Karolina Kudlacz and Karoline Szwed-Örneborg, playing in Germany at HCL or Kinga Byzdra from Buducnost, qualified in the MR of CL. 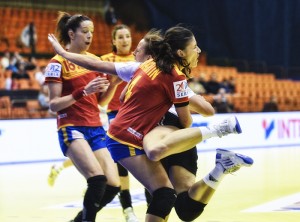 Spanish team has not performed quiet well one year ago at ECh, and now they are willing to take a medal.

Veronica Cuadrado has retired from the national team, Carmen Martin Berenguer is back after an injury, without playing matches with her club team Krim. Nerea Pena has already started to play in September for her club FTC, but the way to a top-shape is way to far for the brilliant backplayer.

Jorge Duenas, head-coach of Spain is also worried most because of the physical shape of the players coming back after injuries.

In top-shape is Alexandrina Barbosa, who get a new chance to build herself up after last year’s fiasco in Oltchim, and for THC and Herbert Müller, Barbosa is a vital player.

Macarena Aguilar is also doing well in the Danish League, so Spain can make it surely to eight-finals. 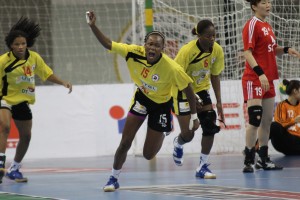 Angola is a constant participant at WCh,they participated in all World Championships since 1990, and the proofs that this selection is a part of the world handball – one of the few non-European teams – are their top results.

The African champion at the World Cup in Brazil 2011th was placed eighth.  But the greatest success of the selection of the trainer Vivaldo Eduard is seventh place on the World Championship 2007 in France.

Angola is a  clear candidate for the eight-finales.

The second ranking south-American team, Argentina, is coming to Serbia on the World’s Championship with a rejuvenated team. Eight of the player on the list of team manager Eduardo Peruchena, are born in 1990 or later, and the youngest of them, who will debut on this international competition, Elke Karsten is only 18 years old. Only one National team member plays in Europe, that’s Nadia Bardon, goalie of Italian Salerno.

Nis to host Group B
Opening match of the WCh: Serbia defeats Japan, Group B