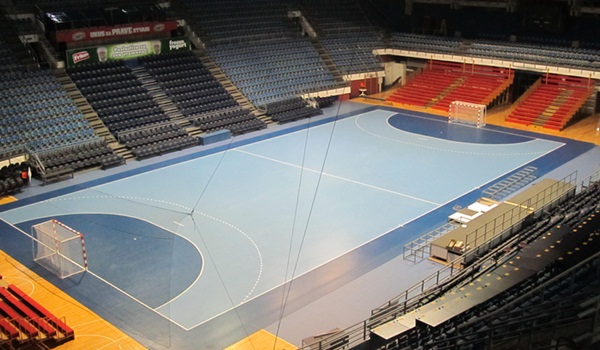 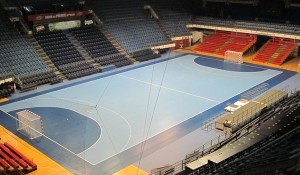 Battles of group A will be organized in Pionir Arena from Belgrade, with a capacity of  7000 seats.

The group could be easily called as “the group of death” due to the presence of four strong European teams. It is quiet unpredictable which team will finish as group-winner or at fourth place.

European champion last year, team of Dragan Adzic is quiet the same as one year ago, only some players are changed form the European gold-medalist squad. Sandra Nikcevic (Vác) and Jasna Toskovic (Fleury) are out, and young players like Ivana Bozovic and Malena Djurdjevic get a ticket to their first ever senior championship.

Good old faces to find in the squad like Katarina Bulatovic (Győr), Jovanka Radicevic and Ana Djokic (Vardar) and almost the whole team of Buducnost.

Players for other  foreign teams are Sonja Barjaktarovic (Rostov Don) and Marija Jovanovic (Astrahanochka). Montenegro is an uncomfortable team for every opponent because their aggressive, non-conformist defense-style and is a real candidate to the final four.

The team missed the ECh last year because of withdrawal of Dutch Handball Federation form organization of  ECh. This year Netherlands women produced one of the surprises of the play-off matches, eliminating Russia (three times World Champions) and getting their tickets for the WCh.

Henk Groener, head-coach of the team could nominate players with some international experience, like Danick Snelder, lineplayer  and Martine Smeets, left wing at THC in Germany, Yvett Broch and  Jurswailly Luciano from Metz, Debbie Bont from HC Leipzig, playmaker Nycke Groot from FCM or Estevana Polman from Team Esbjerg. Their play with the lineplayers is excellent and the backplayer-line is also very strong, being able to play a fast handball and good defense.

France: they failed to qualify to the op four at last years ECh, and their opponent in play-off became Croatia, a very compact team as well. After some excitement, losing the first match against Croatians, they managed to get the WCh-tickets, but their weaker play cost the job of Olivier Krumbholz, who directed the French national team over 15 years. The new had coach is Alain Porter, who will use the core of Krumbholz’s team, completed with young players from the French championship.

Allison Pineau, Mariama Signate, Alexandra Lacrabére, Siraba Dembele, Amandine Leynaud are  for sure names to follow under the competition.

South-Korea: Asian team is always an unknown factor at every world competition, and with their unusually technique, coordination and fast play could represent a really unpleasant adversary to every team. They participated at the preparation tournament in Norway, getting two draws against Russia and Netherlands, and being defeated by Norway.

Their weaknesses are the lack of defense and returns to defense, as well as their head-coach Lim Young Chul is not very keen to use every of his players under a match. so the key-players  could become quiet exhausted.

Congo: is a newcomer in the history of WCh, they has qualified by getting a third place at the Africa-Cup. Their only known player for European handball-fans is  Christianne Mwasesa , the leftback of Toulon (France).

Congo will obviously have the target to gather experience at their first big competition.

Dominican Republic: Getting the third place and the bronze medals at the Panamerican Games, the Dominican team has the opportunity to participate at their second WCh, after 2007 (then getting the 22.place).

As well as Congo they can just enjoy the atmosphere of a World Championship, and get experience.