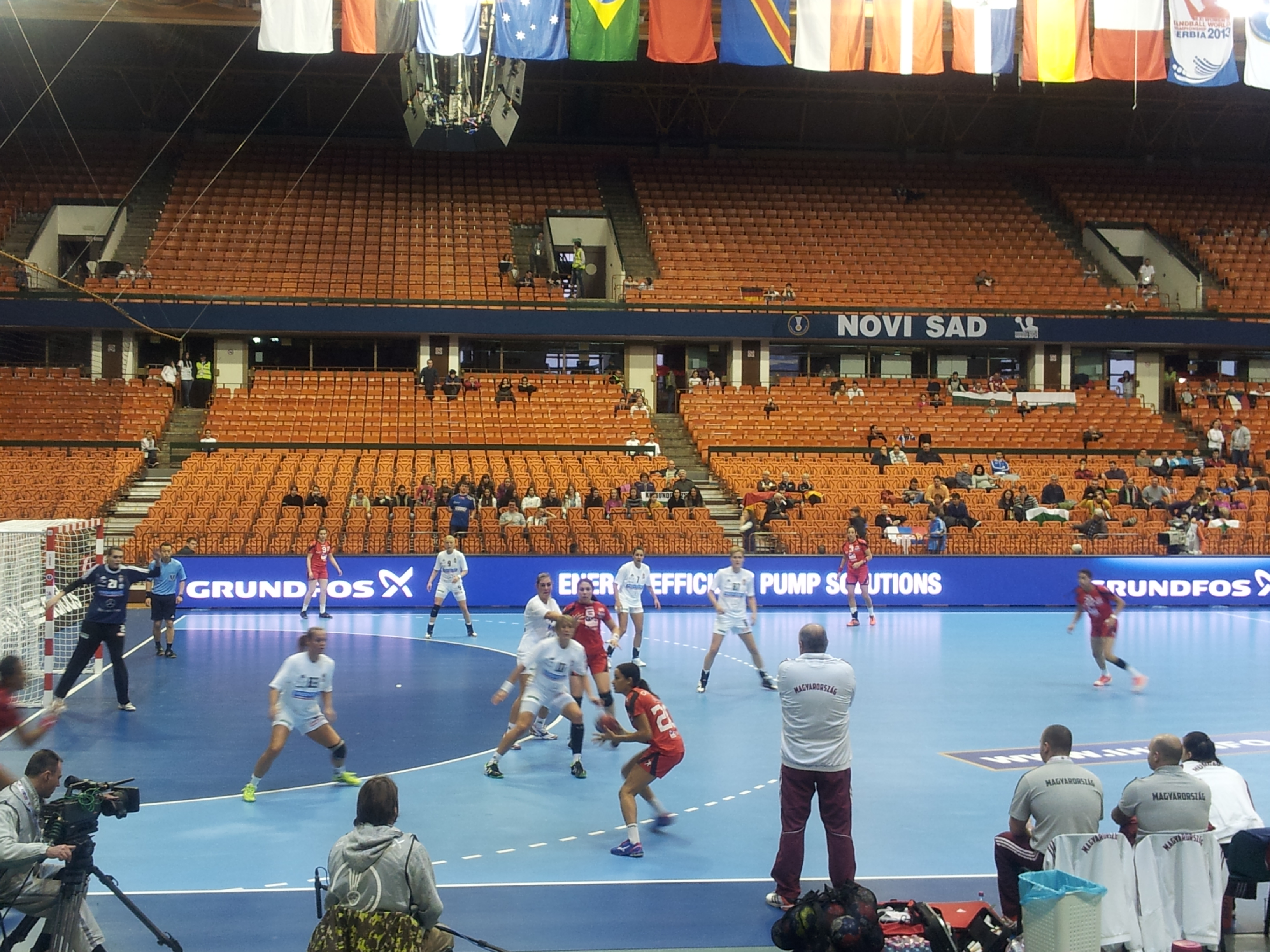 In the first match of the day the African team met Hungary in SPENS Arena. Hungarians had a better start and good goalkeeper performance by Éva Kiss, though a weaker defensive activity. Tunisian backplayers were allowed to shoot  from distance and Maroua Dhaouadi has scored six times in the Hungarian goal.

Hungarian scored mostly by Anita  Görbicz, Mónika Kovacsicz from right wing or ZsuzsannaTomori, but the biggest problems they had in a weak defense.

The second half of the match  started with a Tunisian penalty, 16-15, but Hungary managed to take the lead  by three goals, 16-19 and to keep the two-three goals lead.

Tunisia made a comeback at the middle of the second half, get the draw at 20 – 20, and Hungarians were struggling to take the lead but in the dying minutes Krisztina  Trischuk, Zsuzsanna Tomori and Orsolya Vérten helped the team to get the victory: 24 – 26.