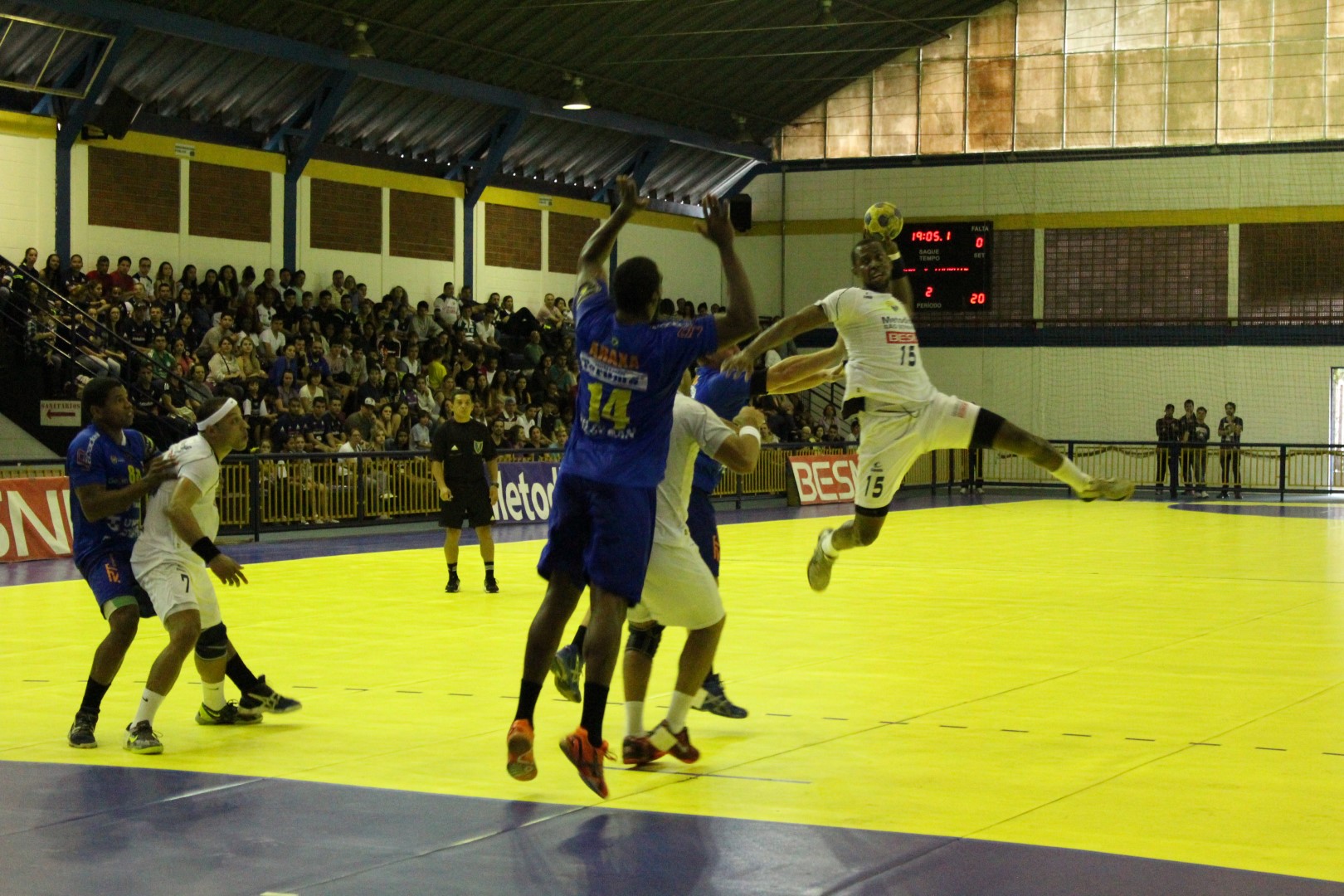 After the two phases all semi-finalists of the Brazilian Men’s National League are known. Two of them have won the country’s main championship before and two are fighting for the first title.

This year the Brazilian Handball Federation did something different from 2012. The eight teams were split into two groups. Group A, formed by defending champions Esporte Clube Pinheiros (São Paulo), TCC/Unitau/Unimed/Tarumã/Taubaté (São Paulo), Unimed/UEM/Maringá (Paraná) and Juiz de Fora (Minas Gerais) played all matches of the first phase in the same weekend in the city of Taubaté (São Paulo).

Then top six teams met in the second phase of the tournament, last weekend again in Balneário Camboriú. Now they are down to four and we are about to find out who is going to lift the trophy.

Metodista/São Bernardo/BESNI is seen as the team to beat this season after winning the São Paulo State Championship and the São Paulo Open Games. According to player Diogo Hubner, this image may be real but the squad is not taking it too seriously and what will matter is who scores more goals. “We won these two championships thus becoming the favourites for the title however I do not see this as something to interfer in the game. Once the referee blows the whistle it is everybody’s game and this image is completely out of the court. Anything can happen. We have got to maintain our good performances and try to do our best to make it to the final and win the tournament”.

Adding up the campaigns of the State and National Leagues, Metodista won 22 games, drawed one and lost one. “This is a result of our team work. We had a tough year, many injured players and some internal problems as well. I reckon these difficulties united us more and more. We are giving our very best in court and I believe that this is a key aspect of our team” Diogo adds.