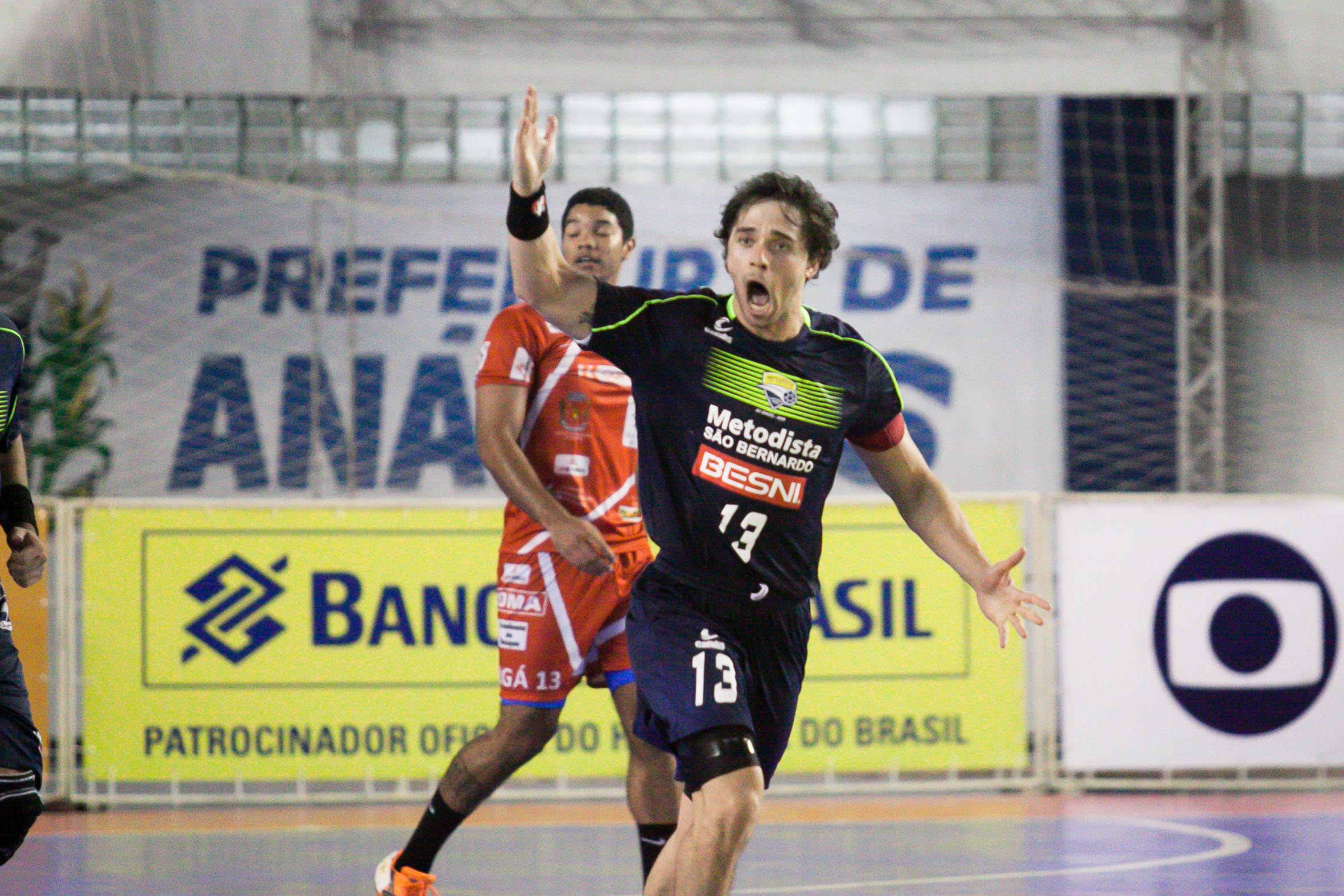 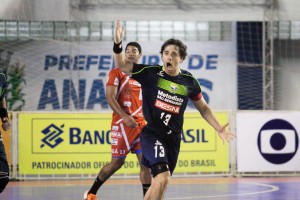 Brazilian Men’s National League is about to know its finalists of the 2013 edition. Last night the first games of the semi-finals were played and both ended up in close scores. Metodista/São Bernardo/BESNI beat Unimed/UEM/Maringá 34-30. Defending champions EC Pinheiros lost to TCC/Unitau/Fecomerciários/Tarumã/Taubaté 23-21. Tonight, the second matches from 6pm (BRST).

Metodista/São Bernardo/BESNI, with eight national titles on the record had a tought battle against an opponent with an ongoing player development. More than that, Maringá had done a nice pre-game work and players were quite aware of what they had to do. But Metodista’s experience and talent were effective to win the game by four goals.

“We made it but we did not play as good as we could. I could see that they have studied us very well thus making things much more difficult. We will evaluate and analyze this game so we can make it to the final”, said playmaker Diogo Hubner.

On the other match Pinheiros also had trouble with the current Pan-American champion. The squad from Taubaté has been working on a good combination between young players and experienced ones. The title won in June and the silver medal in the State Championship are results of this.

Final match is on Friday from 9:30pm (BRST). The Newton de Faria Arena is hosting all games.