Three danish coaches in the semifinals 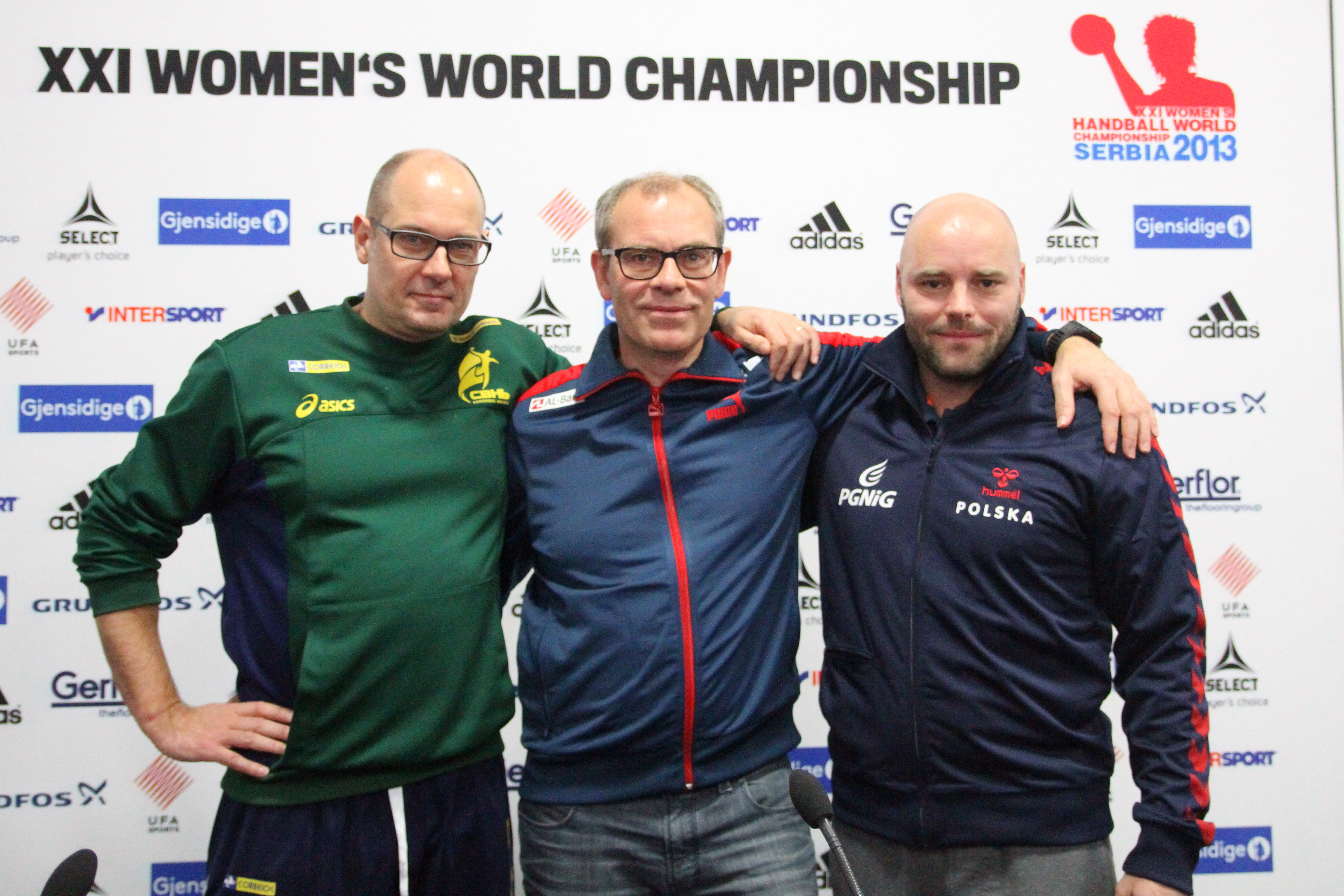 Three danish coaches in the semifinals

In today’s press conference with the participating coaches for the four teams for the semifinals we found three of them being from Denmark.

Morten Soubak (Brasil), Jan Pytlick (Denmark) and Kim Rasmussen (Poland) all where smiling and laughing together before the official press conference started Thursday.

Questioned what it means to be in an semifinal, Denmark’s coach Jan Pytlick says;

– It’s something you look forward to, it’s this you work hard for.

Friday Brasil and Denmark will clash together for the second time during the World Championship. The first time in the group match Brasil won by five goals, 23-18, and Morten Soubak is not sure it’s an advantage to have beaten Denmark in the first match.

– It’s different tomorrow, it’s a medal on stake, and I’m sure Denmark would like to have revenge for the loss last time, head coach of Brasil, Morten Soubak says.

When the doors opens to Kombank Arena Friday, there will probably be set a new world record for a handball match for women. About 20.000 spectators are expected to arrive Kombank Arena for the match between Serbia and Poland.

All the three danish coaches agree that Serbia has the largest advantage playing on the home court with their fans in their back.

Serbian coach Sasha Boskovic are very satisfied with so many spectators xome to back up his team. But, still it’s the team that have to play the match.

– It’s good to have so many fans here, but they can not save the ball in the goal, that’s Tomasevic that need to do, the serbian head coach state.

Poland on it’s side have been the big surprise in the tournament, coming from nowhere, with bookmakers giving them the odds 200 to get to a semifinal before the tournament started.

But, with their solid defense and a lot of energy in their play they’ve manage to reach the semifinal.

– We believe in each other and our play, that’s our advantage, head coach Kim Rasmussen tells TimeOut Magazine.