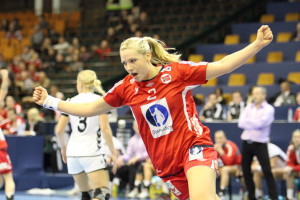 The norwegian team have been succesful the nine last championships and arrived home with medals. With medals it follows a bonus for each player.

After losing in the quarterfinal in this years World Championship against the hosts Serbia, they had to leave the championship without medals, and with no bonus in sight.

But, their sponsor Gjensidige showed up at the airport and gave the players a check of NOK 250.000, about €30.000, for their effort in the championship.

– We’re backing the girls, and we can’t expect them to win everything, Stian Grøstad from Gjensidige says.

Since 2006 and the norwegian team has won nine medals, where six of them was gold.

Load More... Follow on Instagram
9 years since last medal for Denmark
Serbia crushed Poland and goes to the final