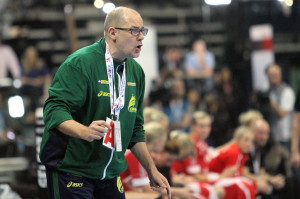 Player of the match:

Brazil has qualified to the final of a big competition for the first time in the handball-history.

The team of Brazil, led by Danish Morten Soubak making history with this prestation, Alexandra Nascimento and company made it to the semifinal against Hungary, in a thriller with two extra periods, winning every match they have played at this WCh. In the group they won already Serbia and Denmark, the other finalist and the bronze medalist here.

Serbian team, led by Sasha Boskovic, has also reached their first final in a WCh, and with Andrea Lekic, Dragana Cvijic, Katarina Tomasevic and Sanja Damnjanovic in the team they could win the first gold medal for Serbia in the modern handball times. Yugoslavia had their gold in 1973, but it was some years back. 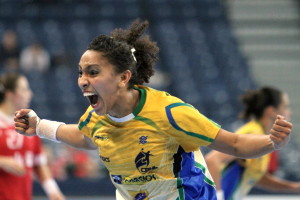 Two players meeting in this match are knowing each other very good : Eduarda Amorim and Andrea Lekic  played in the same club-team in Győr, for two years and this year they won together the CL.

The final starts with a Brazilian lead, where left winger Fernanda Franca Da Silva netted three times, 3-1, 5-3 for South Americans, but Serbia came back, 5-5, 5-6 with a fantastic Dragana Cvijic on the line.

Serbia took the lead by one goal at 7-8, 8-9 and 9-10 but Brazil didn’t give up, equalized by Eduarda Amorim, took back the lead through Nunes and increased the gap after two penalties transformed by Ale Nascimento.

Serbia was clueless in the dying minutes of the first half in front of the Brazilian defense-wall, but team-captain Andrea Lekic managed to reduce the gap right before going to break. 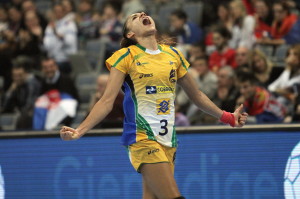 The second half of the final started with more  Brazilian goals, scorings by  Eduarda Amorim and Deonise Cavaleiro,  16-11. Katarina Tomasevic came in for a penalty, saved two of them against Rodriguez and Nascimento, then Serbia made a strong come-back, 16-15, 41.minute.

Brazil kept the lead, 17-16, 19-17, but Serbians pressured in attack, so Soubak called his timeout ten minutes before the end.

Andrea Lekic has equalized, 20-20 three minutes before the end, but  twenty years old Nunes and  Ana Paula Rodriguez scored, 22-20, and Serbia lost the match, against a motivated and very ambitious Brazilian team, with a fantastic Mayssa Pessoa in the Brazilian goal at the end of the final. 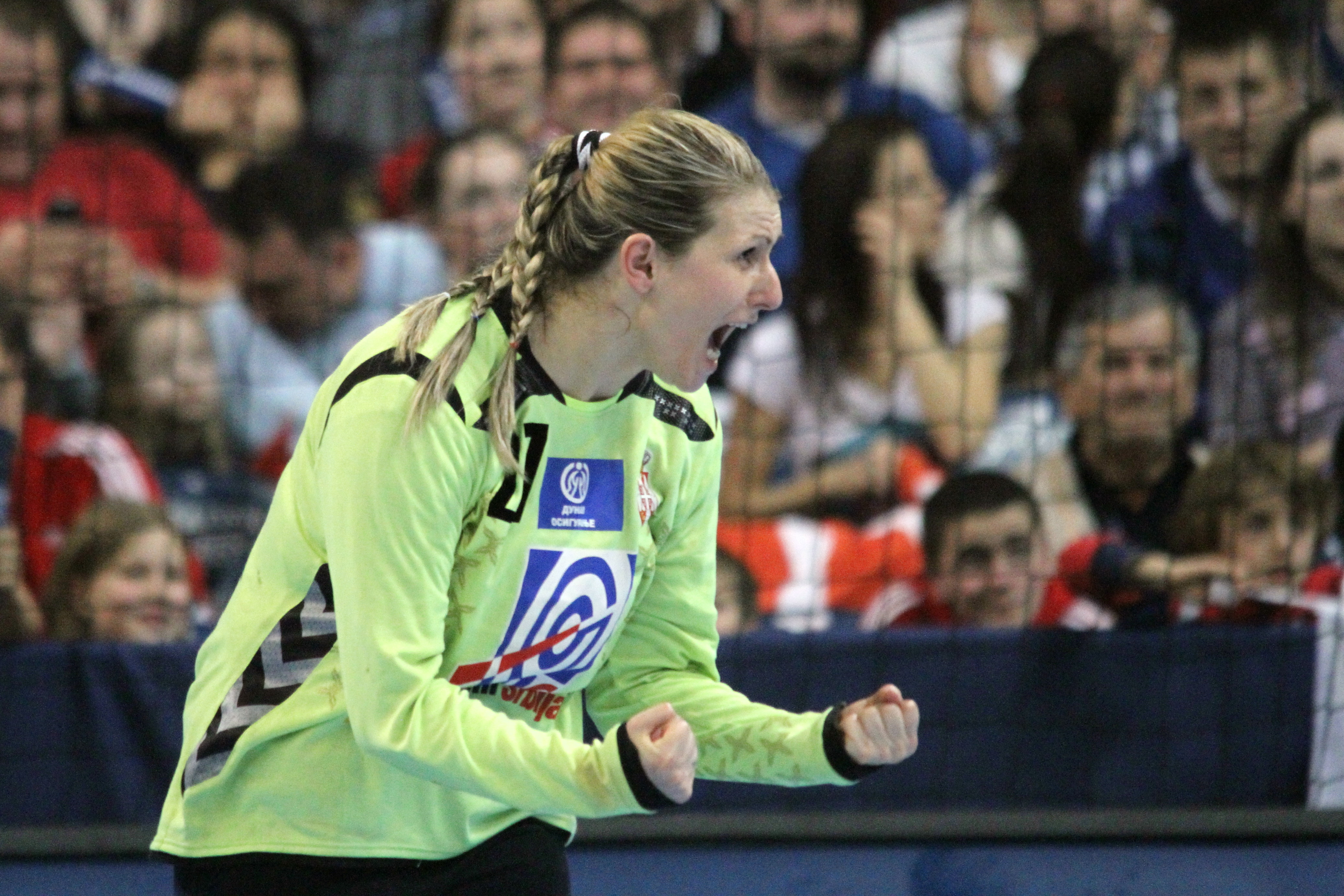