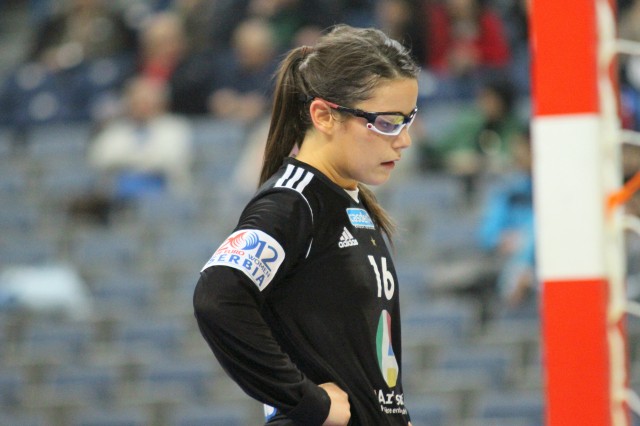 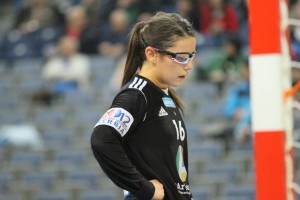 Sanja Damnjanovic has told to Viborg Stifts Folkeblad that her knee is somehow injured, she has played with a fixed knee durig the all WCh in Serbia, that an old injury is about to recurs and she may need a period to rest. She has payed the Cup-final, but probably she has to stay over a period after this.

FCM arrived to this Cup-final as a title-holder form last year, the team has eliminated Randers HK in the semifinal, meanwhile Viborg HK has qualified against KIF Vejen.

The match started with a better FCM-play, with an outstanding Sabine Englert in the FCM’s goal, with her team in lead all the way in the first half.Before the break Sanja Damnjanovic has equalized for 10 – 10.

In the second half managed Viborg to find better the chances to score, their defense has improved and Cléopatre Darleux saved with a high efficiency.

Maria Fisker, Mouna Chebbah and Isabélle Gulldén has also added their part to turn the result and take the lead, then win the match by 26 – 21.

” We made some changes in our play, we dared to take challenges and we succeed. Some tactical movements helped us to turn the match, at the same time replacing Masson by Darleux was a correct move, we must do it earlier, but when we finally did it it was successfull.”

“We got a dream start, a really good start, but Viborg are class fighters, and they have fought back, while we begin to make mistakes and our defense was not working. We were pushed to score against their 4-2 defense, and they made great replacements during the match, having a quiet diverse troop.

Darleux in the goal caused us a lot of trouble, we were not  prepared against their offensive defense and the way how they solved that.”