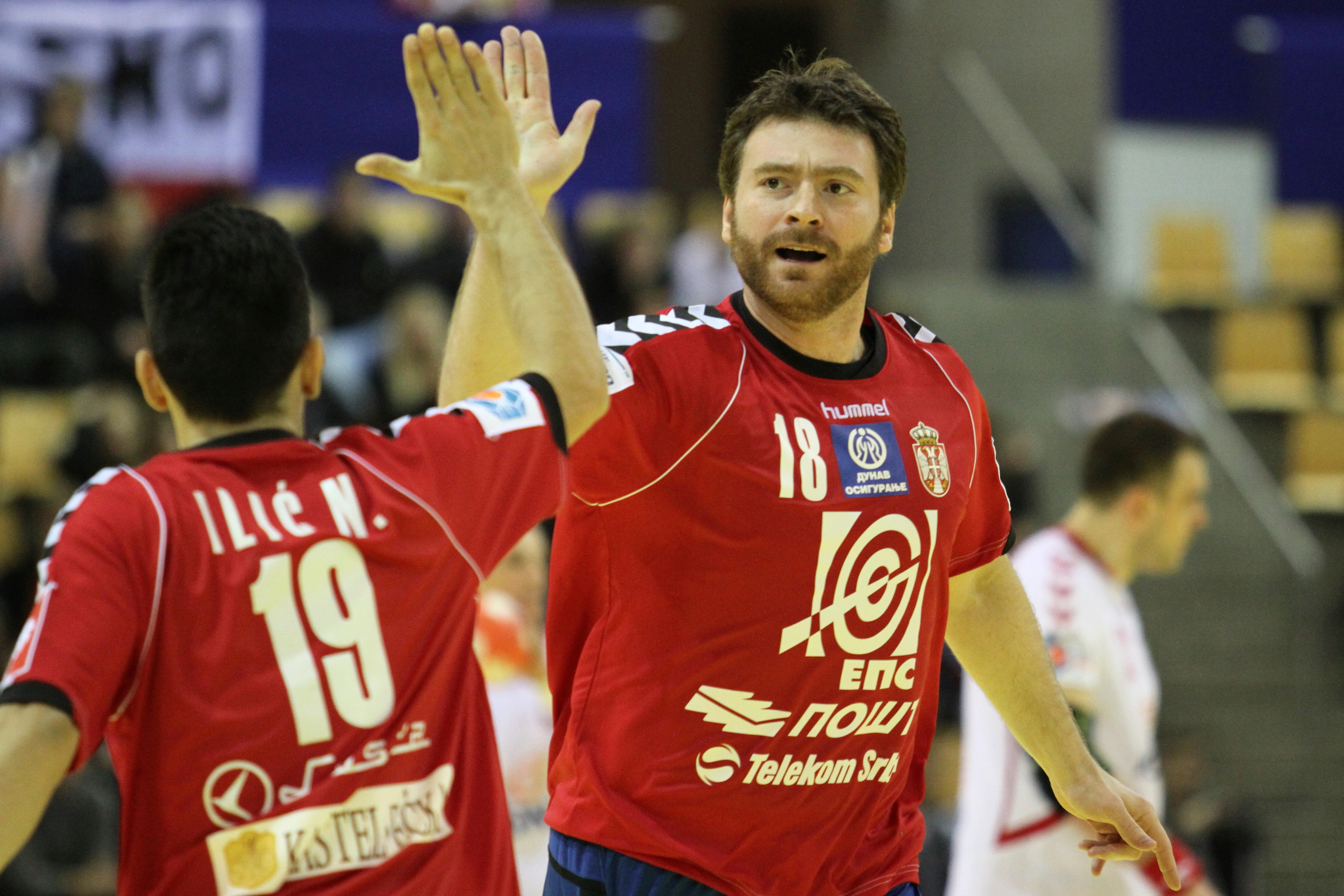 In a close battle with very few goals there were in the end Serbia that could raise their arms to celebrate a one goal victory, 20-19, against Poland Monday evening in the NRGI Arena, Århus.

Serbia started the match best and had good control on the polish team, and to half time the lead with 13-9 seemed comfortable together with the dominating play the serbian team had showed us in the end of first half.

Poland were not ready to give up and came on the court with more power than they had showed us in the first half. The serbian lead were soon eaten up and changed to a two goal lead to the polish team after scoring the first six goals in the second half.

But to win these kind of matches you have to have continuity and play good all the time. With only four more goals in the last twenty minutes for the polish team, and with two misses on penalty you can not win these tight matches.
Serbia continued to feed Szmal in the polisg goal with balls and at the end there were on plus goal to Serbia and they got their first two points.

Spain won easily against Hungary
France had no problems with Russia