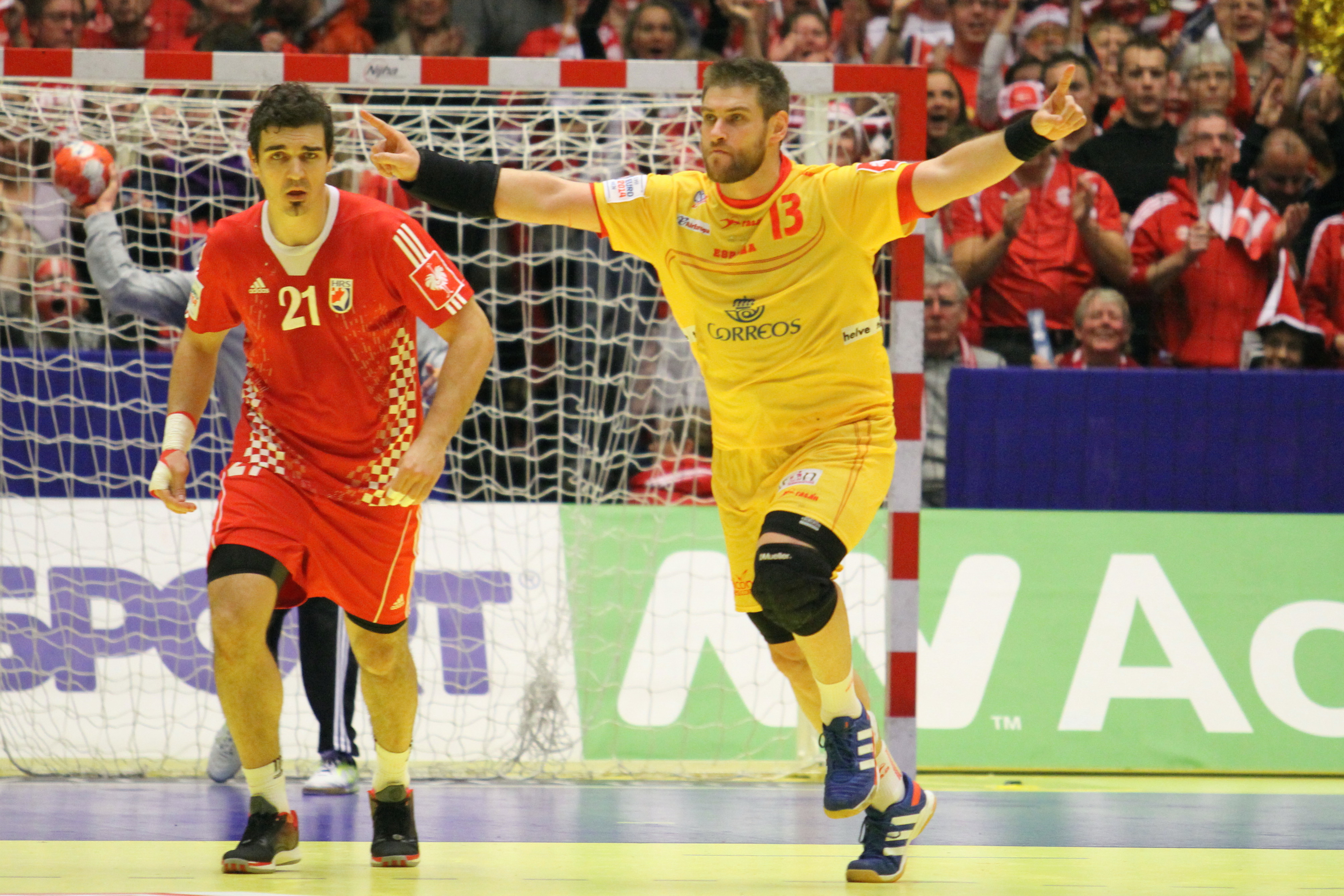 Spain were in control of the bronze final from start to the end. Even if it was 2-3 goals differens throughtout the match it seemed that the spanish team had control of the result.

Croatia on the other hand got no help from the crowd in Jyske Bank Boxen. The croatian coach had made som remarks about the danish that they had paid the referees in the semifinals, and the danish spectators reacted with whistling and making noise when Croatia entered the court and in the last minutes of the match when Croatia tried to get closer to win the match.