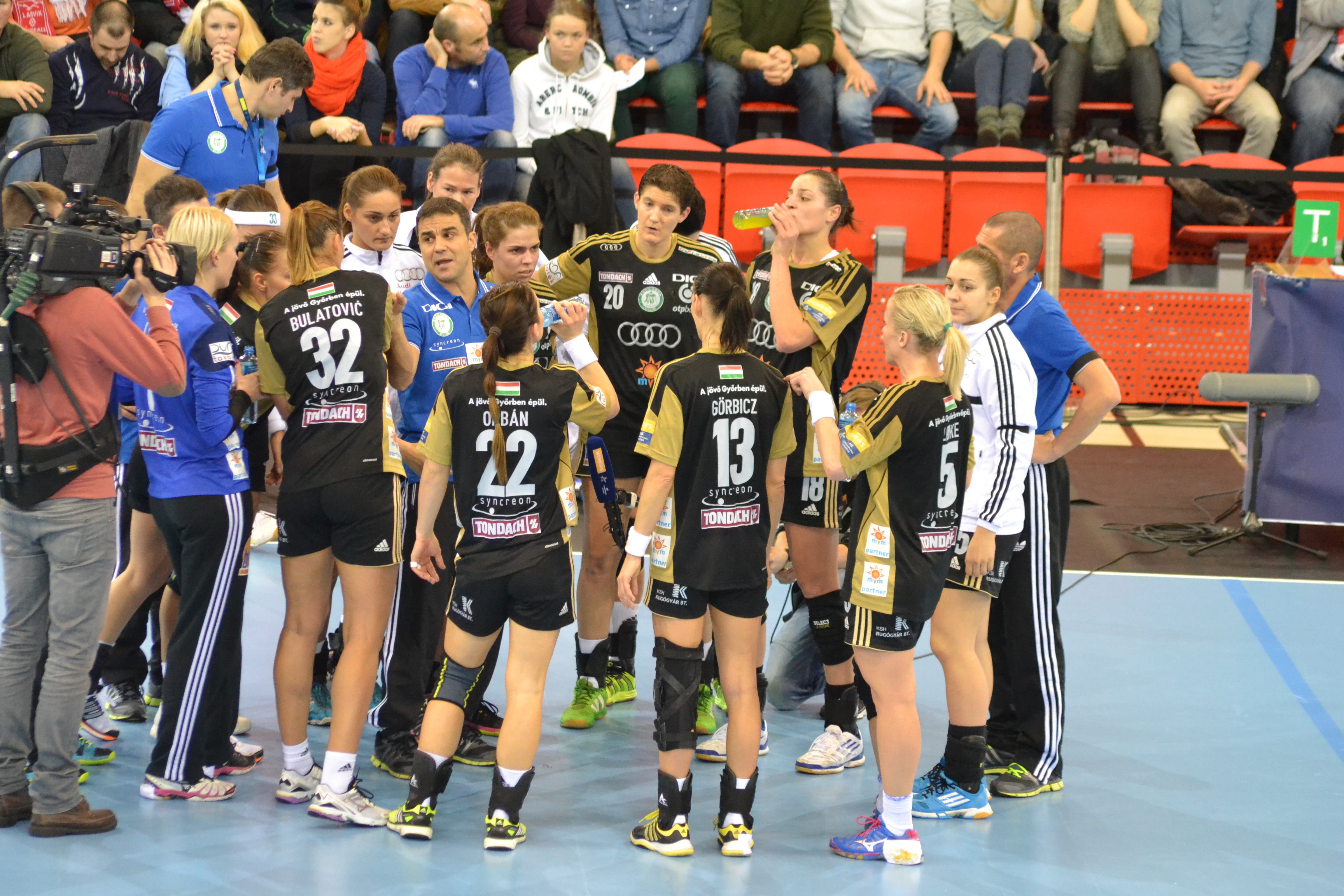 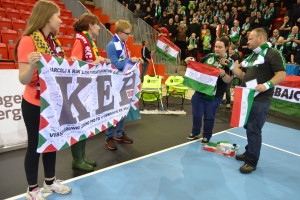 In the second round of the CL Main Round, Győr, last year’s title holder have visited Larvik HK.

Bfore the match was organized a commemoration, paying tribute to earlier Larvik and Győr coach, karl Erik Böhn, who passed away on Sundat, 2th February.

A four minutes video was played about KEB’s best moments during his life and his career, as well Győr fans handed presents and memories to Böhn’s family, sent of people and fans from Hungary.

Bjørn-Gunnar Bruun Hansen, sports director of club fro Larvik presented his farewell speech about Böhn and Tord Ellingsen, earlier fitness trainer at Larvik HK and one of best friends of Karl Erik Böhn has tried to cheer up the audience, in a manner that his friend also would have liked too.

Right before the match was kept a minute of silence as tribute to Karl Erik Böhn, the hall became mute.

The match was started by Larvik with a furious 3 – 0, even if they had to play without injured Thea Mörk (knee injury, our for 6 – 9 months) and Isabel Blanco ( shoulder injury, out for at least 3 weeks).

After this Győr had a period with seven scorings and only two more goals from the opponent, finishing the first half by 13-18.

The second half started as the first one, wit three quick host goals, 16 -18, but after that Győr was awake again and Orbán, Amorim, Löke has increased the gap in minutes, 16 – 21 .

Larvik had a black period here, not being able to score, and Győr was leading 16-24, after 12 minutes played in the second half.

Last part of the match showed some lack of concentration from Hungarian side with lots of mistakes in the offensive play, which allowed to the hosts to run and score easy goals by Edin, Hammerseng or Sulland.

Although Győr’s victory was never in danger, Ambros Martin took his timeout five minutes before the end with an outstanding Anita Görbicz guets defeated Larvik in their home arena with six goals. Final resul:  23 – 29. 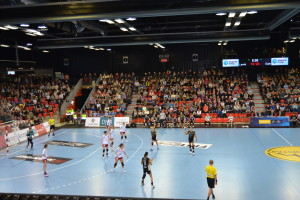