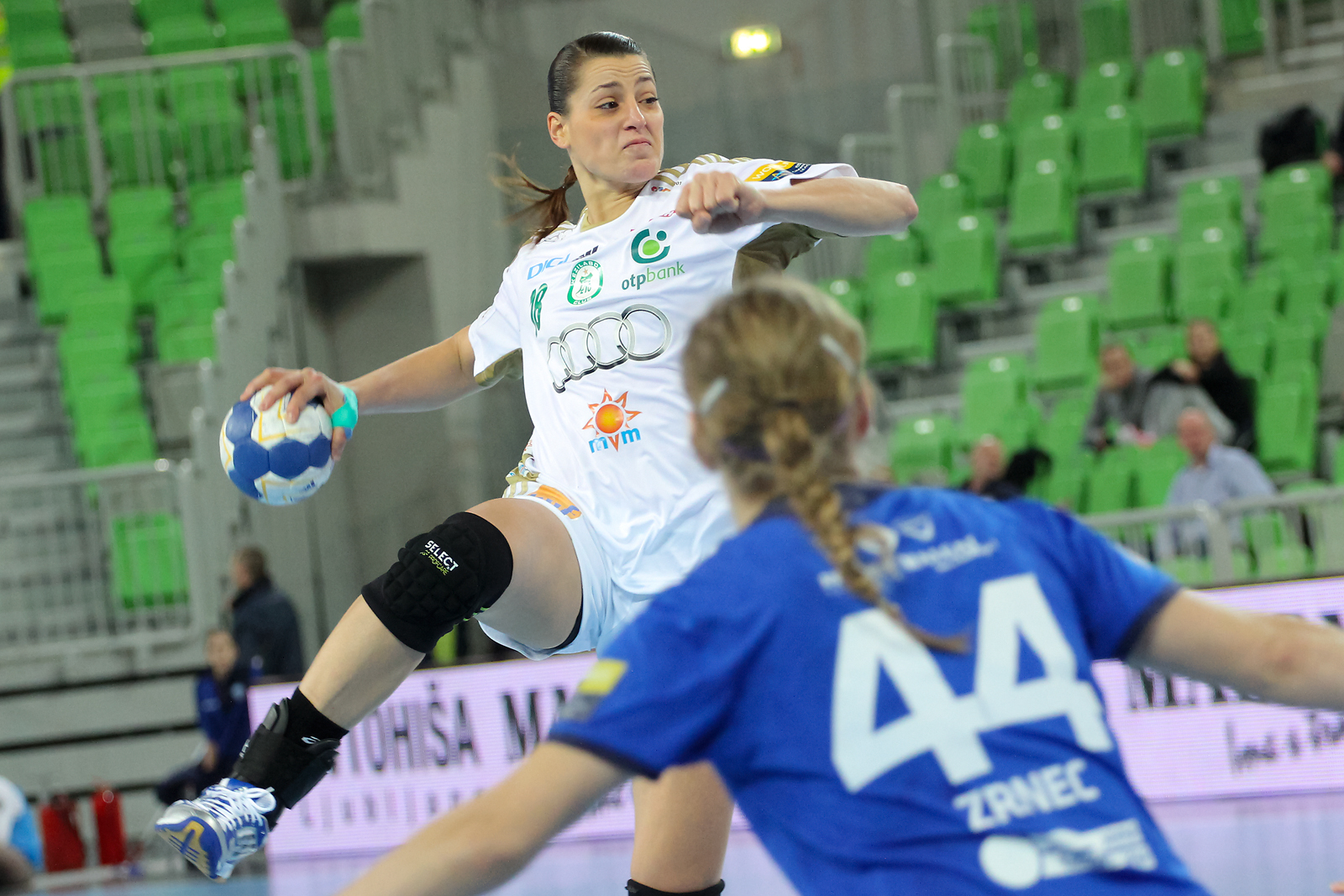 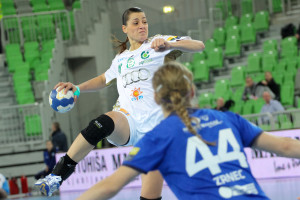 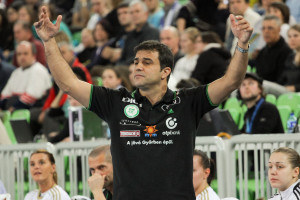 ” We had a two weeks break in CL and we tried to use it as good as possible. The team has played two matches in the Hungarian League, we had worked on our defense and we managed to hold the number of received goals very low, which satisfies me.

In Slovenia I expect a difficult match, even if  the opponent is facing problems with their economy and other players has left the club. The most important thing is to keep up our focus during the whole game, to control the game, be agressive and fight until the end.

The team is looking forward to the match since we had this break I mentioned, everybody is ready for the battle.” 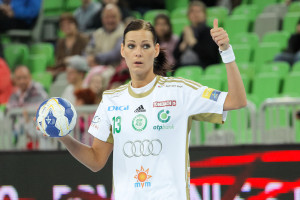 The match started with Slovenian lead, 2 -1, 3 – 2, than Győr turned it over, 3 – 5, after mine minutes. Both teams presented a goo defense, but goalkeepers had not reached their bets performances, both Lunde and Stefanisin struggeling between sticks. Grubisic came in to replace Stefanisin  –  after ten minutes in the first half.

Győr was in lead by long-distance shoots of Eduarda Amorim and Katarina Bulatovic,  5 – 7,  7- 9. Hosts got equalizer at 9- 9 than Krim took the lead, 10-9. Penezic, Krpez and Varlec was the main scorers for Slovenians.

The game became even more balanced after this moment, and the half ended 14-14.

The second part of the match started with two goals lead for Győr, 14 – 16, but Krim fought back and took the lead at 17 – 16. This was the last time the hosts managed to get the lead, because Győr equalized than increased the gap to 18 -21, but the end of the match became very tight.

The Hungarian defense has improved and in the last seven minutes Krim could not put the ball behind Lunde, Győr scored and got the victory: 22 – 24.

With this victory Győr gained to more points which push them towards Final Four in Budapest.