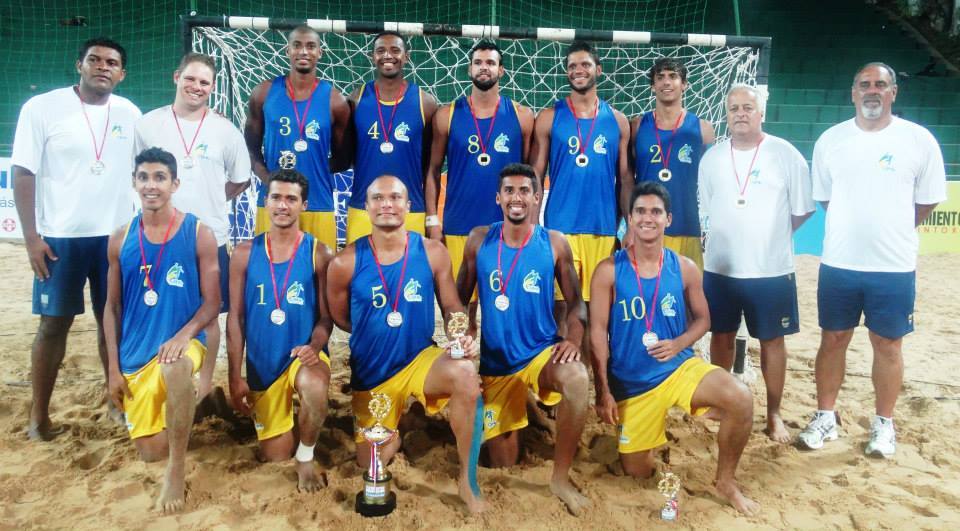 Brazil’s Men’s and Women’s National Teams have concluded a key step towards the Beach Handball World Championship. They returned from the Pan American Championship with the gold medal, and without losing a single set. A remarkable milestone for the sport.

“Our game concept has been working for a while and it has brought many victories. I believe that teamwork is our main strength, even though we had some newcomers out there. The style of play did not change. They also contributed very much and very well to the team”, said player Thiago William.

After winning all games in the first phase, both Men’s and Women’s teams took on Uruguay in the final, beating their neighbors by 2-0. Player Patricia Scheppa stated that the Uruguayans were tough adversaries, and there is another team rising up in the sport.

“Paraguay developed their game a lot, and it is very similar to ours, but not as efficient. We had a good game against them but our main opponent was Uruguay, since the beginning. The final was very difficult, something we saw coming and prepared ourselves for”.

Patricia plays for Campinas 360º Nas Areias/ACH and Handball Itapevi (for which she plays indoor championships), and she was the top scorer of the tournament. Not only that, she made the tournament’s Dream Team. Patricia demonstrated her gratefulness, but says the team comes first. “These individual awards are always very important for me. It is recognition of my work and a big motivation. But the main goal is to win the title as a team. That is the number one objective. Being awarded one of the best players is a result of our hard work”.

From 20 to 28 July the city of Recife will host the Men’s and Women’s Beach Handball World Championships, and Brazil is going to defend its title in both championships at home. “Our expectation is the to be the best possible. The heat from the fans, good chances of sold out games, and the idea of having the biggest event of this sport all taking place in our country will make it a unique championship. We are working very hard for it, and intend to play our best in front of our home crowd”, states Thiago.

Brazil is the current Pan-American and World Champion, and also won the World Games. Players have been top scorers and awarded the bests at their positions. All this has brought more people to play the game in many cities and in different areas, as Patricia Scheppa explains.

“Since 2012 number of teams has been increasing and we saw many youth teams participating in events and doing a good job. Schools are also starting teams, especially in the northeast, and organizing competitions, too. This was very difficult to find five years ago, and it benefits us very much. The more people who play competitively, the better the chance we will have of players continuing this work we are doing at the sport’s highest levels”.