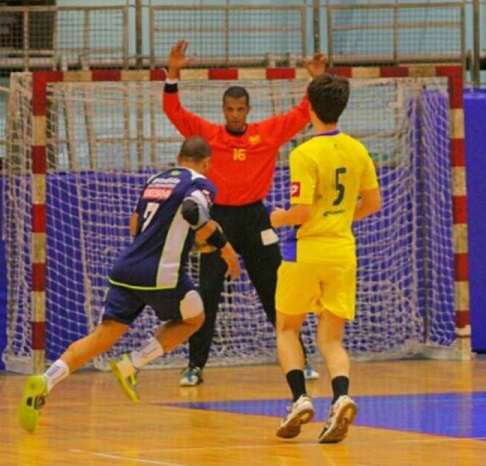 After five weeks of pre-season, the 2014 São Paulo State Championship started last Saturday. Eight teams took the court and scored their first goals and points in the tournament.

The Women tournament expanded the number of participants from 7 to 10 and two of them met in the city of Itapevi. Liga Itapeviense and 15 de Piracicaba played in front of the loyal fans.

Liga Itapeviense won by 28-18, opening the campaign in good style. The big test is next Saturday when they take on the defending champions, AD Santo André, away.

Three games opened the Men tournament. Last season’s runners-up TCC/Unitau/Fecomerciários/Tarumã/Taubaté beat 15 de Piracicaba at home by 34-22 (16-14 at half time). “We were aware of the difficulties we were about to face and all players did a good job. I felt pretty comfortable in front of the new supporters and I want to reattribute all the support this city has been giving to Handball” said playmaker Diogo Hubner.

Other semi-finalists of 2013 also made their debut and won. Bronze medalists Esporte Clube Pinheiros beat PM Hortolândia by a large difference, 52-14. Even with this deficit, Hortolândia never gave up and fought really hard the whole 60 minutes. And Hebraica beat SME/Ribeirão Preto/Mauá by 39-20. They had more difficulties but still won the game without taking any chances.

The São Paulo State Championship continues next Saturday when all the teams take the court aiming the top of the ladder. The tournament consists of a 2-leg round robin first phase then semi-finals. Defending champions are Metodista/São Bernardo/BESNI (Men) and AD Santo André (Women).

See below all the participants of the 2014 edition: