World Champions to practice in Brazil 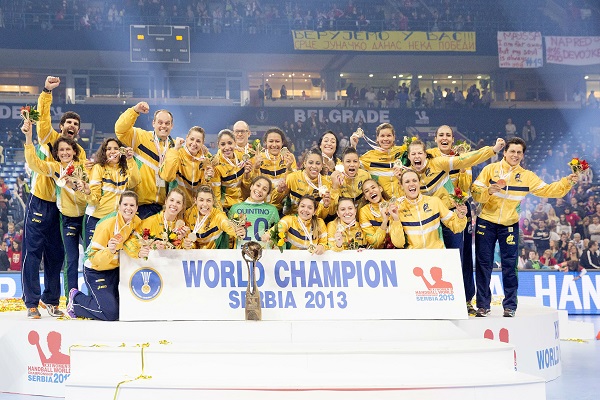 World Champions to practice in Brazil

After winning the World Championship in December and the South American Games this month, Brazil Women National Team gets together again for a practice phase in the city of Aracajú. It starts this Tuesday (25) and goes on until Saturday (29).

Along with the on court work, players and staff will take the trophy to Brazil Handball Federation’s Office, which is also in Aracajú. A ceremony is scheduled for this Monday (24). The President of the Federation and board of directors will receive the trophy and honor the champions.

According to captain Fabiana Diniz, it will be a great opportunity to meet the fans who have strongly supported the team over the years, and especially during the tournament in Serbia. “Winning the World Championship was a huge achievement for us and we want to share it with the public. This city has always embraced us and the fans have always come to our games. We are also very glad to take the trophy to the Federation. Sometimes we have to pinch ourselves that this is actually happening!”.

The team now focuses on the upcoming competitions, especially the Pan-American Games in Toronto, the World Championship in Denmark and the Olympics in Rio.

Players who were called to the practice phase: