Brazil’s Junior and Youth teams win the gold in Argentina 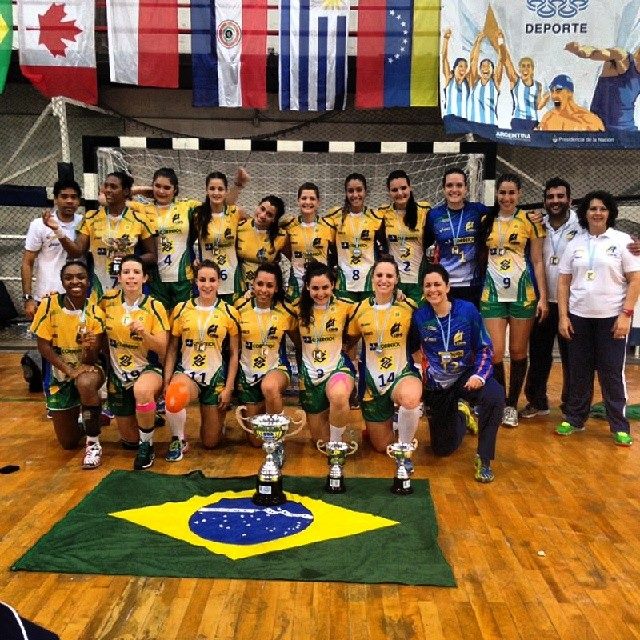 Brazil’s Junior and Youth teams win the gold in Argentina

They qualified for the Junior World Championship and the Youth Olympics

Once again the Brazilian National Team comes back home with the gold medal. This time, it was the Women’s Junior and Men’s Youth teams that won the Pan-American Championships of their categories.

The Men’s team finished the tournament undefeated, 5 victories in 5 matches. Their adversaries were Paraguay (36-13), Chile (28-21), Venezuela (36-25), Uruguay (39-17) and Argentina (23-18). “We had a very big challenge and I believe we played very well here. Especially against the Argentineans when we faced a huge crowd cheering for them. Our boys played their best on court and I would like to congratulate them”, said coach Ivan Maziero. The team qualified for the Youth Olympics in China. It was the only spot of the Americas.

The Women’s team won 4 of the 5 matches of the tournament, bringing home not only the gold but a spot in the World Championship in Croatia. The girls played against Paraguay (33-13), Canada (34-20), Uruguay (28-29), Chile (36-18) and Argentina (33-18). Coach Eduardo Carlone said “They overcame all adversities. After losing to Uruguay, they entered the court against Argentina in a totally different way, focusing on what had to be done. The arena was crowded and it motivated the group a lot more. They believed in themselves and the work we did”.