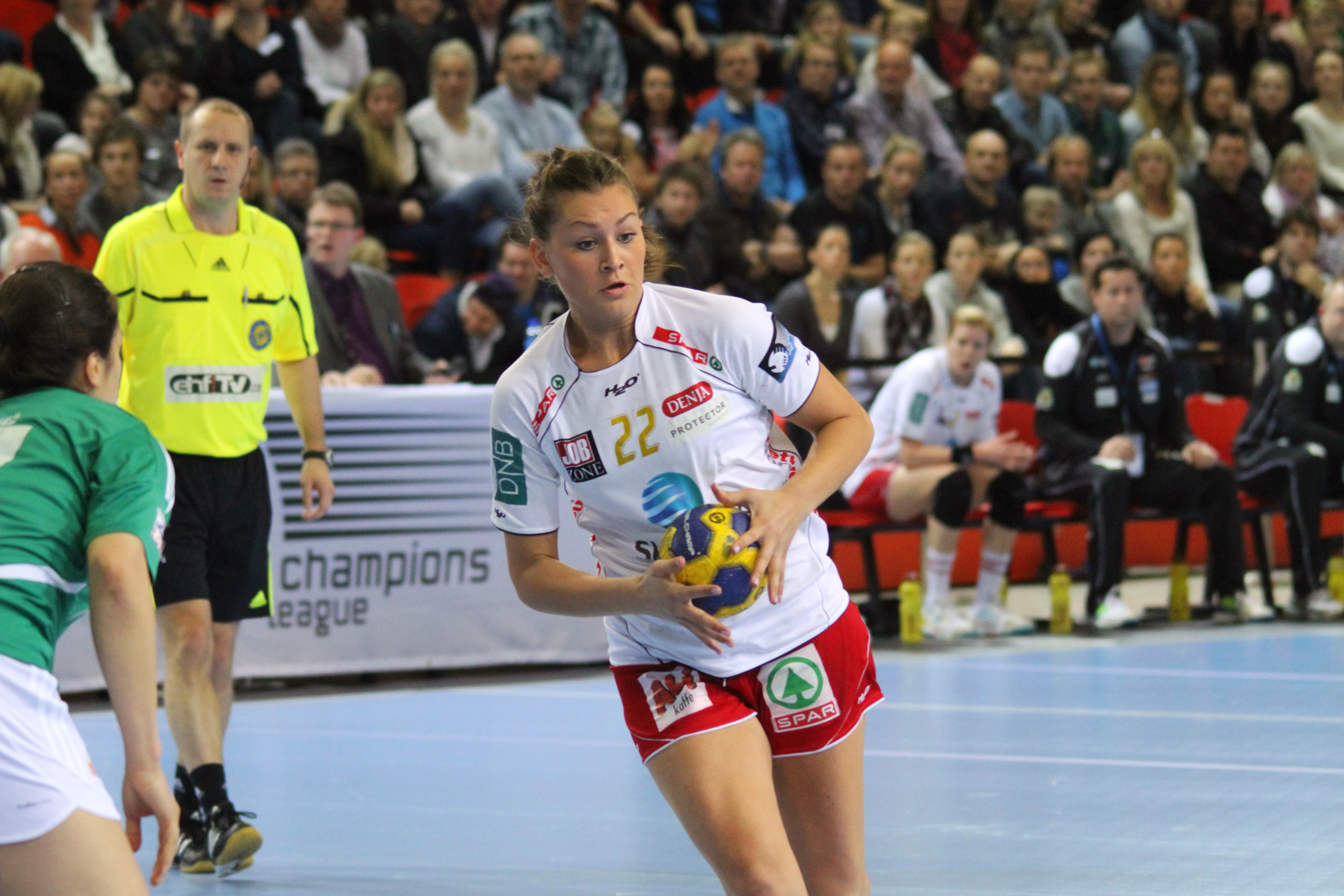 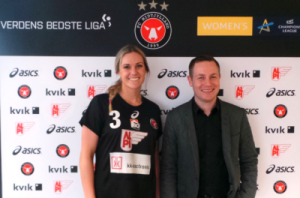 Players changes club in Denmark, Sabina Jakobsen moves from Randers to Ikast after this season. The 25 years old Swedish backplayer has signed a 3 years contract with FC Midtjylland.

“Sabina is a class player who can be used in all phases of the play. She is strong both in defense  and offensive play, where she can cover several positions,  she can play all three backplayer positions as well. She is a fighter and a player with a good attitude, says head coach Helle Thomsen.

From FCM Laerke Möller (TTH) and Trine Troelsen (Toulon) will leave, so they needed strenght on backplayer positions.

Viborg HK has also announced the signing of Danish lineplayer, 29 years old Mette Gravholt. The lineplayer leaves TTH and signed a 2 years contract with Viborg HK. The two lineplayers of the team, Marit Malm Frafjord and Sabine Pedersen leave the club at the end of this season. Other players who stops in Viborg at the end of this season: Amanda Kurtovic (Glassevverket?), Linnea Torstenson (CSM Bucuresti), Ann Kjersti Suvdal (?), Cléopatre Darleux (Nice?).

“I am really satisfied, since we managed to sign another Danish national team-player, which is the best lineplayer on Denmark. In my opinion Mette is among the first best offensive  lineplayers in the world, so was extremely important to get her signature.”- said Jakob Vestergaard,  sport-director of Viborg HK.

“To sign with Viborg was an obvious step for me, in oreder to develop as a handball-player. I believe that will be very usefull for me both at workouts and matches. Viborg is a super professional team and I am looking forward to be a part of the club.”-Mette Gravholt, about the transfer. 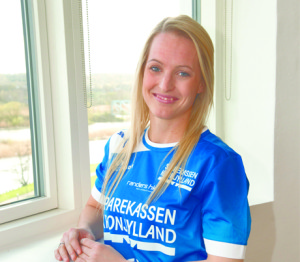 Randers HK has signed Jane Schumacher, the 25 years old playmaker from Skive , who already got an important role in the Danish NT also, and she was part of the team whicj earned the bronze medals at WCh in Serbia.

Team Tvis Holstebro has also announced that some of their player will leave after this season, beside Mette Gravholt (Viborg HK), goalkeeper Sandra Toft leaves Holstebro, she in negotiatios with Larvik HK (where Lene Rantala’s contract is running out this summer), Ida Alstad will also stop in TTH, her future team is not known yet.

Norwegian NT goalkeepr Silje Solberg might be a possible option for TTH, she leaves her club Stabaek at the end of this season, and she said earlier that will play in the Danish League. 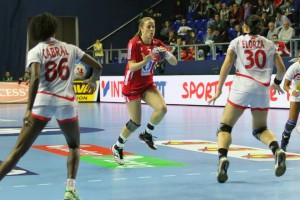 Norwegian media-informations are telling that Lise Løke will likely leave Larvik HK, after a season which cannot be called a real succes. Her next stop will possibly be Oppsal, where her boyfriend, Arne Seanstad has got a job as head-coach.