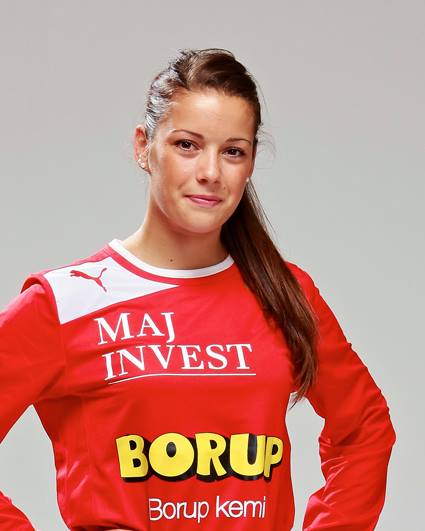 The French goalkeeper, twice silver medalist in the World Championships, is about to play two finals almost at the same time. Representing danish club Viborg HK along with her teammates, Cléopatre has a unique opportunity in her hands. She talked about it as well as other subjects with Time Out Mag.

When did you start playing Handball?

I started at the age of 7 years old in the US Wittenheim/Ensisheim club (Alsace).

Who encouraged you to play as goalkeeper or was it your choice?

I decided to play in this position however my sisters gave me some encouragement on that.

What was the strenght of Viborg to make it to Cup Winner’s Cup final?

We have a very good team this year and we were able to win a good number of games at home. This is our strenght.

What should we expect from Zvezda Zvenigorod (RUS) in the Cup Winner’s Cup final?

It is a great team that often plays the Champions League and also eliminated two French clubs, so it will be two big games!

Where are you going to play next season? Is it confirmed?

I haven’t signed yet but I will surely be back in France.