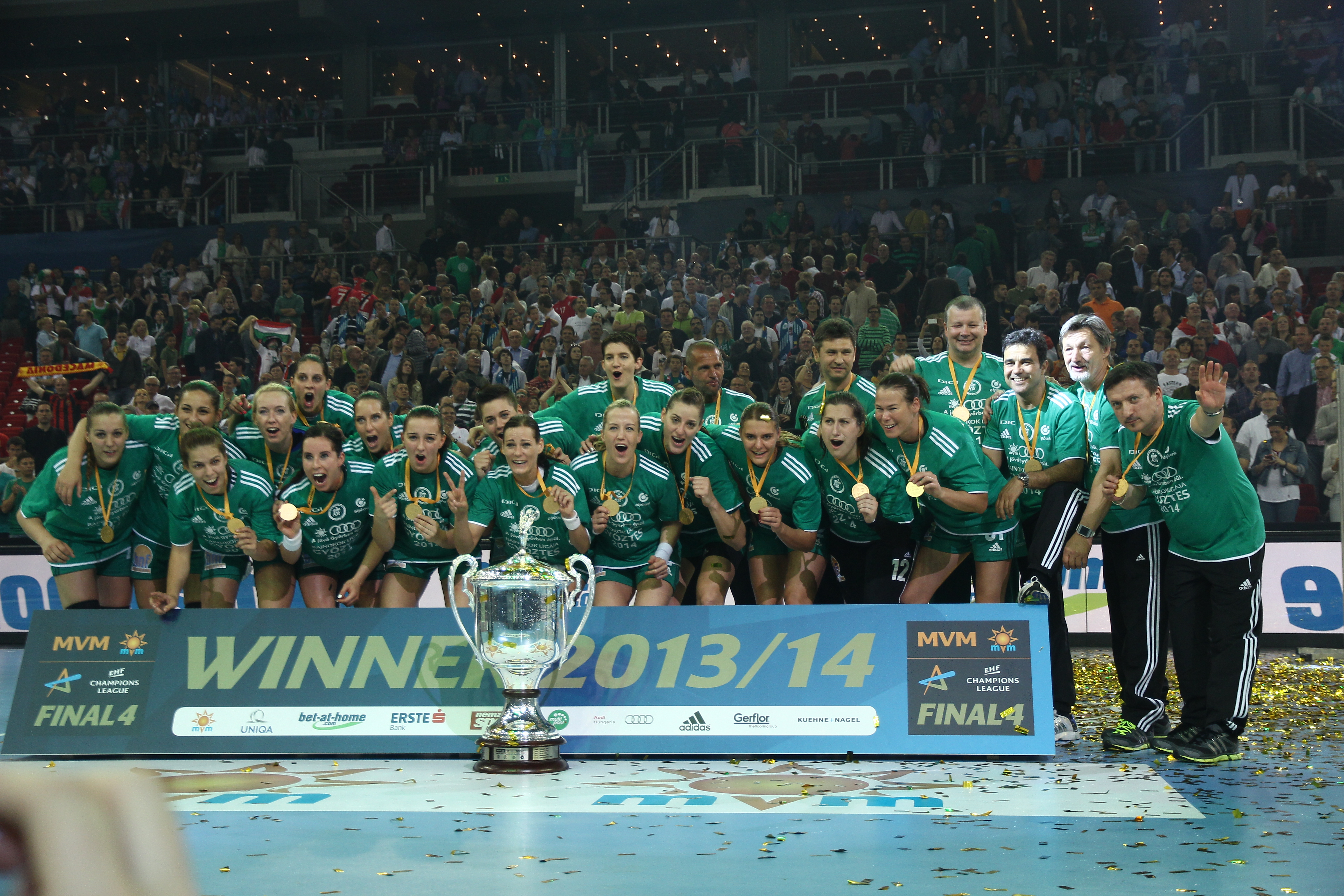 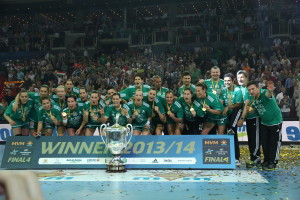 The presentation of the teams has brought the expected shouting down of Milena Knezevic, not the favorite one Hungarian supporters. 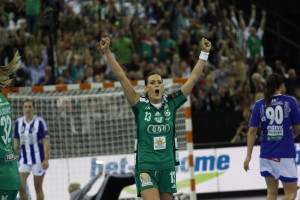 The title holder has started with a 20-0, then increased the lead  to 4-2, 7 -2, when Adzic called his first timeout. Only Cristina Neagu was able to find the gaps on Győr’s defence, meanwhile Susana Lazovic got injured on Montenegrin’s side.

Hungarians shared the goals among them, Anita Görbicz, Bernadett Bognár Bódi or Eduarda Amorim. Buducnost had only Neagu to score.Camilla Dalby started to be efficient from long distance shoots, but Győr was in advantage all the time by 4-5 goals. Katrine Lunde kept a high level in the goal, and the defense of Győr worked  well.

The second half started with more goals, than the other ended, Buducnost made some good offensive actions , Dalby and Neagu scored, 14 -17 after 38 minutes of play. Then Löke, Orbán  and Korsós  put the ball behind Woltering for a five goals difference, 14 – 19. 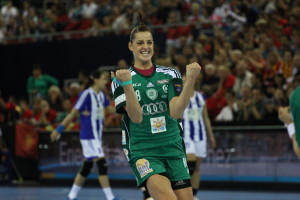 Győr continued the well organized defense, in attack Amorim, Orbán or Görbicz scored, and 9500  crazy green-white fans supported the team of Győr in a heart-beat, as the eighth player.

Seven minutes befire the end Győr was in lead by 19 -25, despite a good goalkeeper performance of Woltering in Buducnost’s goal.

On the stands started some  crush between Montenegrin supporters and the Hungarian police officers, on the court was a clash between Knezvci and Kovacics, this time Anikó Kovacsics got a red card for a hand in the face of the opponent.

Győr was unstoppable and defended the CL trophy in a clear match, Buducnost had no chance to win today.

Andrea Lekic: “We can be satisfied with this result”
Best young player of Champions League 2013/2014