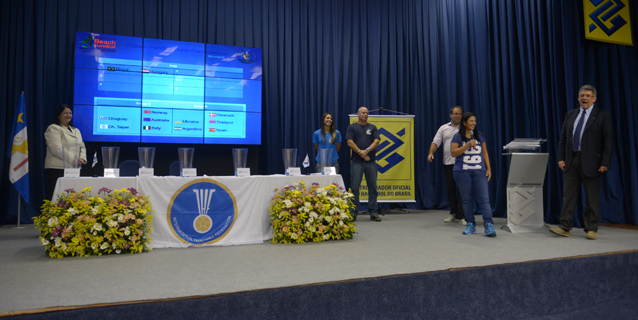 Both Men’s and Women’s groups were known

The result of the draw was:

The competitions will be divided in three phases: Group Phase, Main Round (with top 3 from each group) and Final Stage (Semifinal and Final). From July 22 to July 27.

“Both groups in the Men’s competition are very strong and our first goal is to qualify for the Main Round. There we have to take every game as it comes. Of course we want to be World Champions at home”, said Antonio Guerra-Peixe, Coach of Brazil Men’s Team, the defending champions.