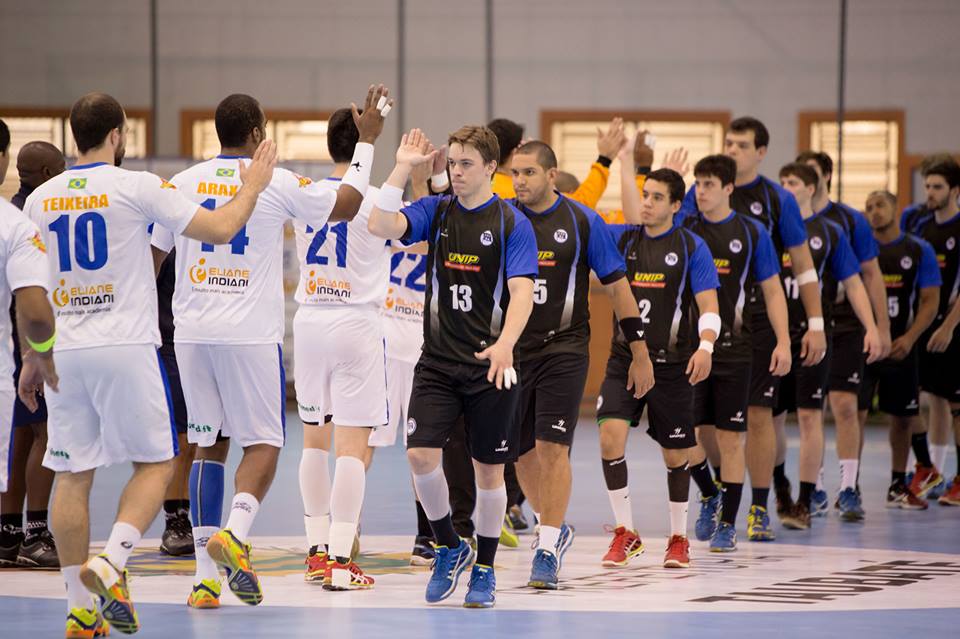 The top men’s teams of Brazil will face each other this Saturday in São Paulo. Defending state champions Esporte Clube Pinheiros will take on continental champions TCC/Unitau/Fecomerciários/Taubaté for the group B of the league.

The squads have already played finals twice this season and most likely will play the third. Meanwhile, the group stage is taking place and both teams want to finish it at the top of the group. So far, Taubaté leads with 10 points with Pinheiros coming in second with 07.

“We have got to seize all opportunities to score in this game and play our very best. It is a key game for us”, said Taubaté’s centre back Diogo Hubner.

“Our loss in the state final must not affect our performance in this game. It is a different competition and every time we play against them is very tough”, he adds.

Many athletes from these clubs played for Brazil in the last Pan American Championship placing second and qualifying for the 2015 Pan Am Games in Toronto. And a lot of them will play for their country in the upcoming World Championship in January. For this reason, national team’s coach Jordi Ribera is constantly watching the games.