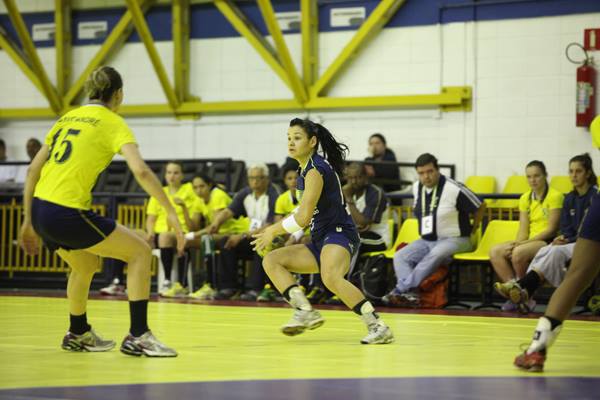 The Final Four takes place this weekend in the city of Santo André. Metodista/São Bernardo will take on Instituto Buzzo Sport/São José dos Campos in the first semifinal. Right afterwards, AD Santo André and Esporte Clube Pinheiros will play in the second. Both matches on Saturday.

On Sunday, the bronze medal game and the final game take place in the same city, and in the same venue, the Camilópolis Gymnasium.

Many World University champions, such as Flávia Vidal (Santo André), Isabelle Medeiros (Pinheiros) and Lívia Martins (Metodista/São Bernardo) are all confirmed to be on court.

“Winning the title in Portugal has given me duty to always play better and help my team anyway I can. I am always focused on what I have to do and how can I avoid mistakes”, said Flávia.

According to Santo André’s goalkeeper Naira Almeida, Flavia’s teammate, even though her squad is playing at home there are no favorites. “Everybody has the same chance, we will only find out after the final whistle”.

“There were two games in the first phase that showed us our strengths and weaknesses, against Americana and São José. It was clear to us that we had what it took to qualify”, said Pinheiros’ lineplayer Amanda Bomfim.