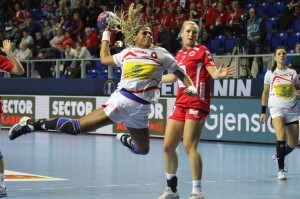 The first match of the EURO 2014  was played ib Győr, Spain gave no chance to Poland, leading during the whole game has collected the two points in a secure manner.

Trefilov’s squad for EURO 2014, without Vyakhireva
Group B started with huge Norwegian victory