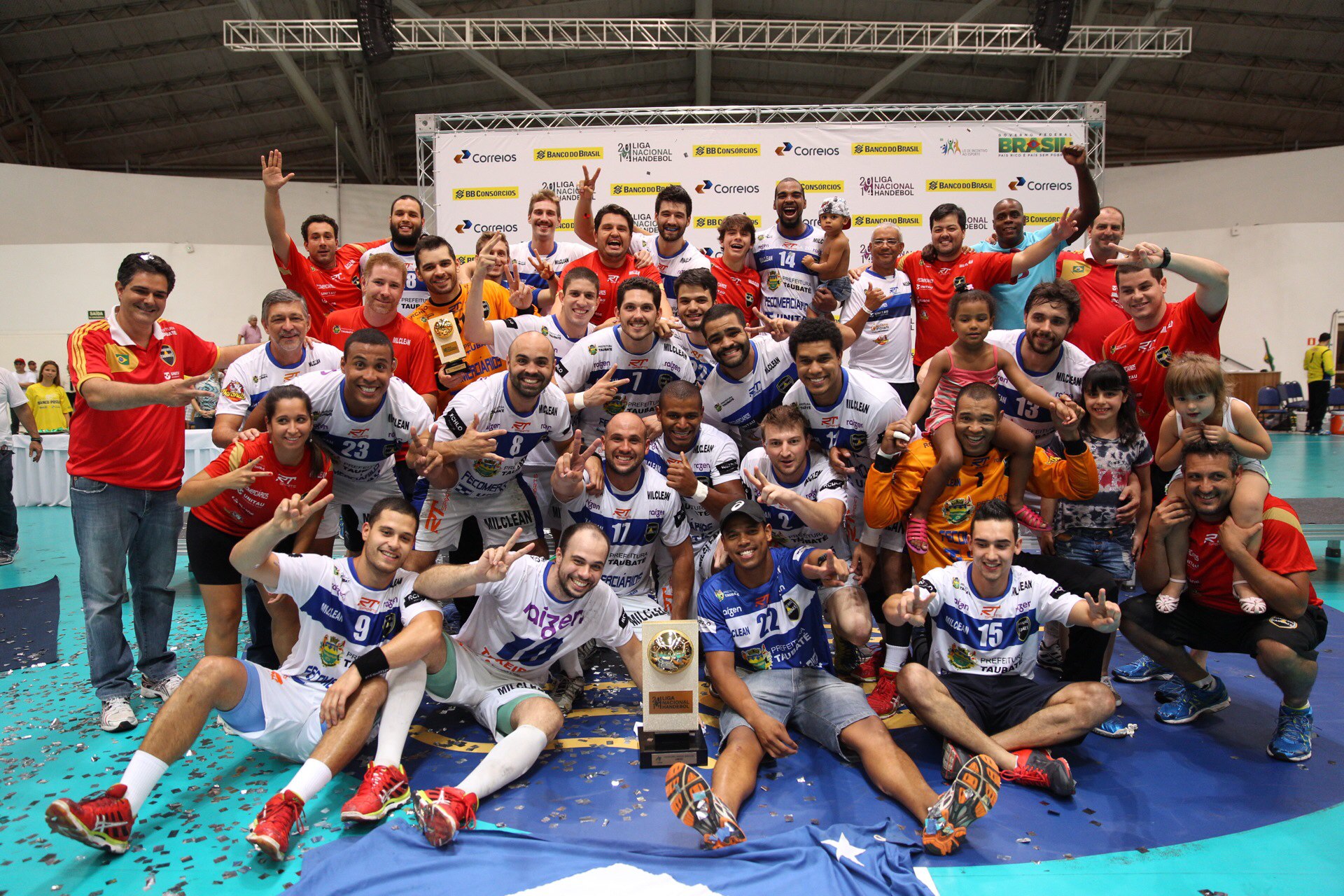 In a clash of titans with EC Pinheiros, Handebol Taubaté won Brazilian National League this Sunday, beating the greatest rivals by 29-16. The team from Paraíba Valley also lifted the trophy undefeated and secured a spot in the next Pan American Championship.

Unlike the State Tournament Final, Taubaté took the lead right away and managed to open a 10-goal lead. Players put on a strong defense and the counter attack almost always resulted in goals. Even when Pinheiros changed its defensive system, the defending champions kept passing the ball until one of them had a clear opportunity for a shot.

“Our defensive level was very high in the whole game, goalkeeper Rick Miles was very inspired as well as our counter attack. Our will to win was intense and we had plenty of reasons to enter the court extremely motivated. Last time we played for the title they won and we kept working on our development since then”, says playmaker Diogo Hubner.

Awarded Best Goalkeeper of the league, Rick Miles thanked everyone who has helped him and rooted for him over the years. “I can’t describe the feeling of being a champion. My performance is a result of hard work and I would like to thank everybody for the support”.

In this season Handebol Taubaté placed second in the State Championship, sixth in the Super Globe and won the National League and Pan American Championship. The National Team also played second or first in every tournament played with Diogo in the roster. According to him, it is definitely something to be proud of.

“I believe I had a very positive season. Although I had some problems with injury and a meniscus surgery, I could always help my teammates somehow”.

2014 Women’s State Champion to be known this weekend in São Paulo
HC Taubaté to represent America in Super Globe. Third time in a row