Group C: Sweden, Netherland and Germany to the Main Round 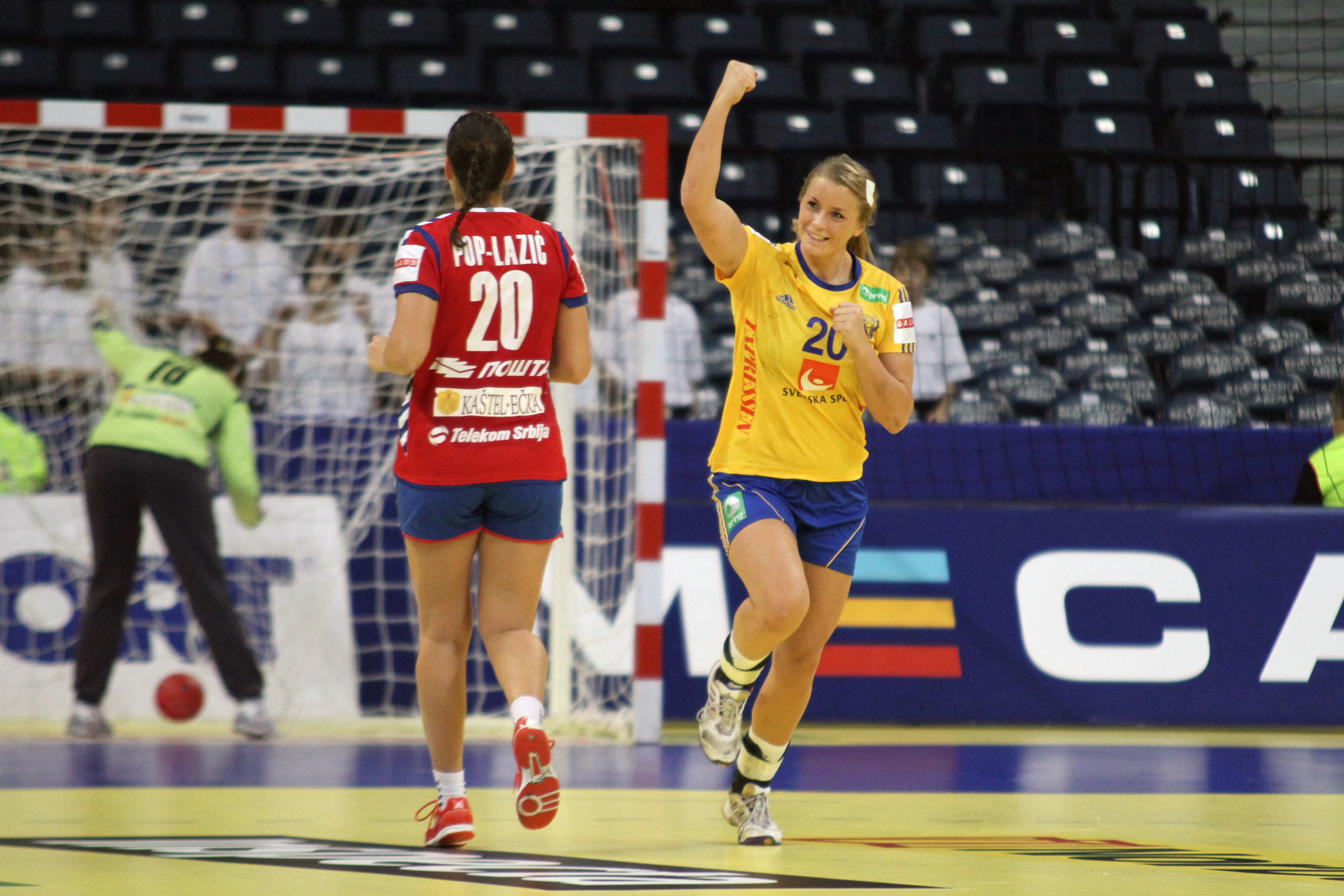 Group C: Sweden, Netherland and Germany to the Main Round

About scoring her 90th EURO goal:

About the reasons for the good Swedish attack:

“I think we made the game faster a bit earlier than against the Netherlands. We didn’t play so much around and everyone was really focused on the goal.”

About the reasons for the victory:

“We were well prepared. We played good counter attacks and speedy handball in general.” 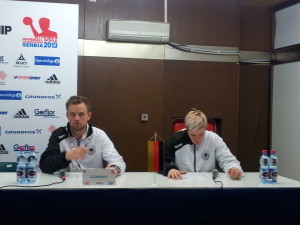 About the Swedish attack:

“No, of course we did not expect such an offence from Sweden. We played much better defence against Croatia. We knew that today loads of Swedish players would come onto our defence but we had prepared for that.

“But it did not work and we could not find the right way into this game and it was very hard to come back. Anyway we did not resign in the second half time, we fought and tried to get every ball. But finally they played a confident game.”

About the reasons for the Swedish win:

“Sweden was much better than we. They had a fast counter attack, we had a bad start for our defence, then for us as goalkeepers it was very hard.”

About their goals for the main round:

“We were too passive. We tried to get more aggressive with man-marking but the Swedish team found a solution all the time. Today was a day on which we were not present and aggressve enough in the defence.”

About coming to the main round with zero points:

“First of all we need to handle this defeat. Of course, we are disappointed, we wanted to give everything to take these points to the main round. That did not work. Now we will think step by step, game by game and try to show a better game on Sunday.”

About the secrets of the Dutch team:

“We are really a team inside and outside of the field. We are always really close together and I think you can see that on the field that we play as a team. There is not one player who needs to do one thing. We all are good players and that is our strength.”

About the match today:

“I do not know what happened today because Croatia also played really well because they knew they are out and I think they wanted to show the audience that they can play really well – because they can do it. We did not do the things that we talked before the game.” 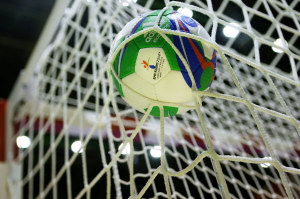 About the last match of the tournament:

“We are satisfied that we won, but of course we are sad that we didn’t make it to the main round. We were relaxed, without pressure and we wanted to say goodbye to this championship with a win.

“We did this for us and for our fans. We’ll need time to forget about this. It’s a really bad feeling to quit a home championship in the first round. We were really disappointed after the defeat against Germany. But I think we will be better in time and forget about this. But we will need time.”

About the reasons for not going to the main round:

“In my opinion we had too much pressure. No team won against us by ten goals or so. With a bit more luck we maybe had gone to the main round.”

About the rumours that she would quit the national team:

“These are rumours of some journalists. Maybe it was a misunderstanding. I just said that there are some older players in the national team who want to quit. But that didn’t include me.”