Time for the Eight Finals in Qatar 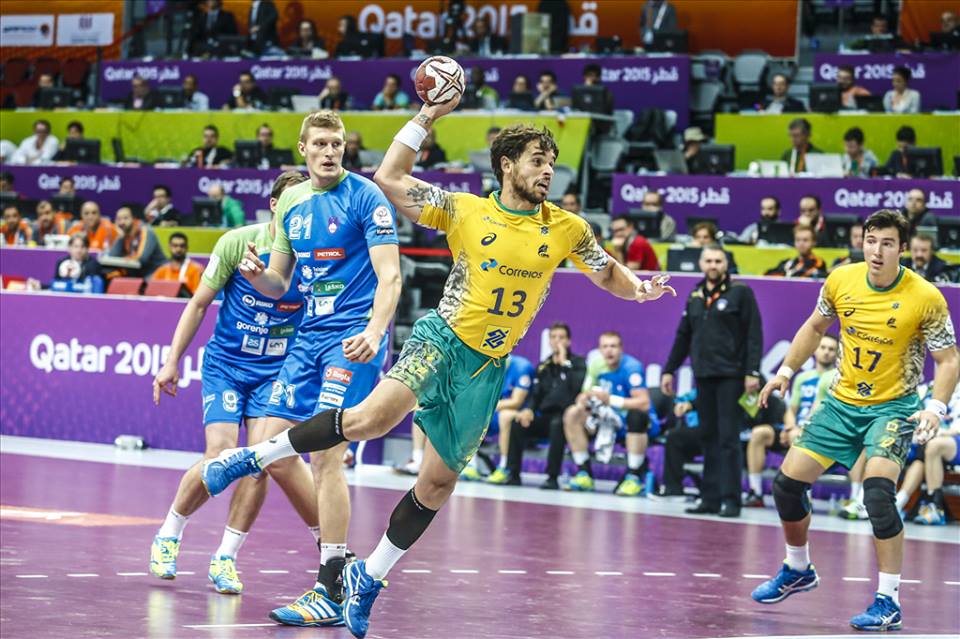 Time for the Eight Finals in Qatar

After nine days of an intense group phase, the eight finals of the 2015 Men’s World Championship will be on their way this Sunday and Monday. Lusail Sports Arena and Ali Bin Hamad Al Attiya Arena will host the matches, four each.

Five of the sixteen qualified are non-European and three of these also made it to the knockout stage two years ago: Brazil, Tunisia and Egypt. Strong competitors for their continental titles, they are going once more to fight for the top 8 thus achieving a higher level in international Handball.

None of their tasks are easy. Brazil will take on two-time Olympic gold medalist Croatia, Egypt will meet 2007 world champion Germany and Tunisia will play defending champion Spain.

All of them won two games in the group phase and came from remarkable results in the end of 2014. Brazil and Egypt placed first and second in the Four Nations tournament and played tough matches against European teams in Qatar.

– We have got to stay extremely focused at all times. We are going to work hard to improve our shots. Our effectiveness must be very high against Mirko Alilovic, an excellent goalkeeper, said Brazilian playmaker Diogo Hubner.

Load More... Follow on Instagram
Croatian director shares his thoughts
Another chapter of a long rivalry between Spain and France