Another chapter of a long rivalry between Spain and France 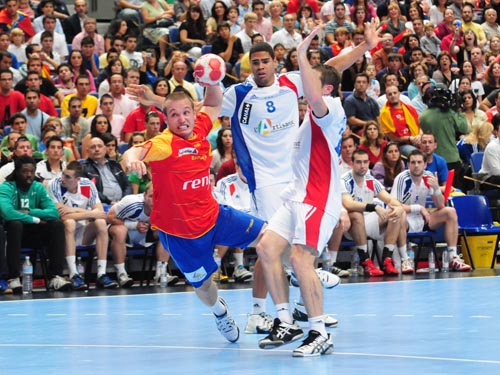 Another chapter of a long rivalry between Spain and France

Ever since they met in court for the first time in 1952, Latin neighbors Spain and France have played 78 times so far, with 37 wins of the French, 33 of the Spanish and 8 draws. Quite of an even rivalry and this semi final should be as that.

The last two games in official competitions ended in French victories: The 2014 Euro semi-final and the 2012 Olympics quarter-final. But coach Manuel Cadenas is confident that Spain can make it to the grand final, especially after the dramatic win by 25-24 over Denmark, which gave them more confidence.

– I’m very happy with the will to fight of this group, as well as the atmosphere in the team. We did celebrate this last-minute one-goal victory – said Cadenas to the Royal Spanish Federation website.

– We will take on a very dangerous opponent. We studied the 2014 game, analyzing every single aspect. I believe we are now a better team and able to win – he completed.

Claude Onesta’s squad had little difficulties to beat Argentina by 33-20 and Slovenia by 32-23 and player’s physical conditions may be an advantage in the clash. But Nikola Karabatic does not see it that way.

– Spain has beaten Qatar and Denmark, two of the strongest teams at this tournament. They have played a great tournament and I expect a very difficult game – said one of France’s key players.

Load More... Follow on Instagram
Time for the Eight Finals in Qatar
Hungary and Slovakia to host men’s EHF EURO 2022