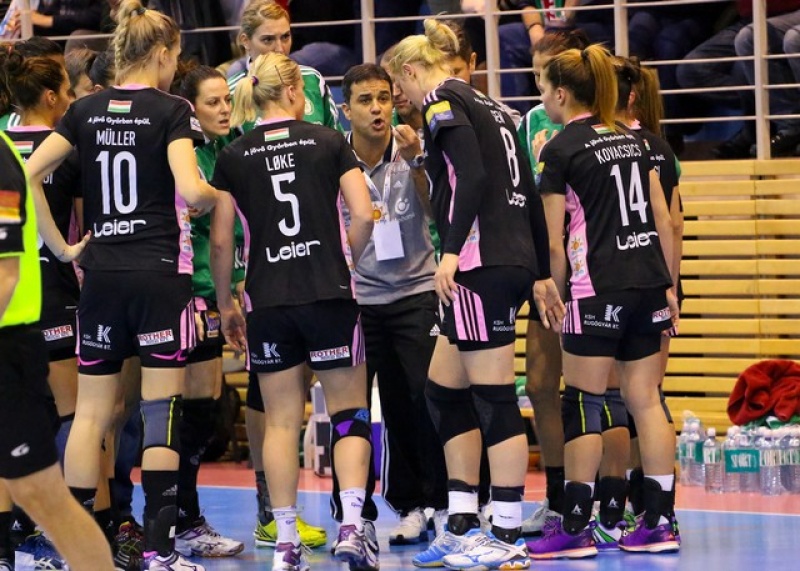 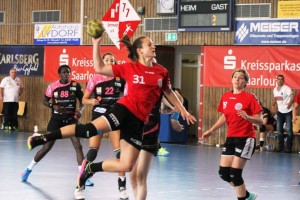 Russians from Dinamo, with financially probems before Main Round (almost not able to compete) defeated Herbert Müller’s team in Nordhaus (Germany) in a quiet important game regarding the qualification to the quarter finals.

With Anna Sedoykina having a good day in the goal, hosts was struggeling throughout the whole match, and when they managed to equalize, Dinamo pushed on the metal, led by Akopian and Kochetova in field they managed to keep an advantage of 2-3 goals in the last part of the game, THC had not chances to eget a draw at least. These two points will be surely missed at the final counting of qualification from the MR. 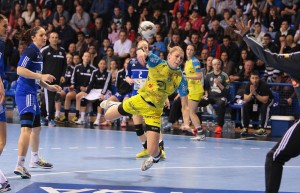 Showing an unbreakable defence in the first half, Montenegrins has already broken the guests, unable to put the ball behind Marta Zderic, German side seemed to be quiet helpless,only Kudlacz and Schulze was efficient. Buducnost was scoring on fastbreaks through Mehmedovic, backplayer position by Neagu and lineplayer position by Cvijic. The second part showed another picture, that was actually won by Leipizg at 12-14, Schülke got some saves, Kudlacz, Hertlein, Lang and Hubbinger could score, making the final result looking better than when the difference was ten goals.

Buducnost is practically in the quarterfinals, meanwhile HCL is still in race for a spot.

Last match of this group in the round 2, seemed to be the most exciting, between Győr (defended last week by Larvik) and HCM Baia Mare (they needed points to keep the hope for quarterfinals). 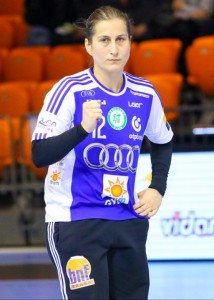 Győr is still playing without a whole line of topclass players due to pregnancies and injuries: Lunde, Görbicz, Amorim, Orbán, Grubisic are all sidelined, meanwhile at Baia Mare Adriana Nechita and Laura Oltean are out because of injuries.

The match was promising a sharp tactical game as well, between the two coaches: Slovenian Tone Tiselj (signed in December 2014 to lead theRomanian side, CL-winner with Krim twice earlier) and Spanish Ambros Martín (CL-winner twice with Győr in the last two seasons, he also extended his contract with the Hungarian club until 2018)

Hungarians took the lead and the control of the game from the early minutes of the match and never let hosts to be in lead, not even with a small goal. The first half brought a close game, with a well set Győr-defense and a brilliant goalkeeper performance from Orsolya Herr, offensive play was also efficient-Müller, Löke, Aguilar scored for Győr, Abbingh, Lobach, Nascimento or Gjeorgjevska for hosts.

In the second half the site was the same, with a slight exception: Győr had a better attack and their defense didn’t become weaker either, so they never let Baia Mare closer than  three goals (14 -17. 15 -18). Susan Müller found her shooting arm, Löke had more and more open spaces on the line and Herr’s performance was constant in the goal. Clear victory for Győr, Baia Mare having hard times to stay in race for a quarterfinal berth.