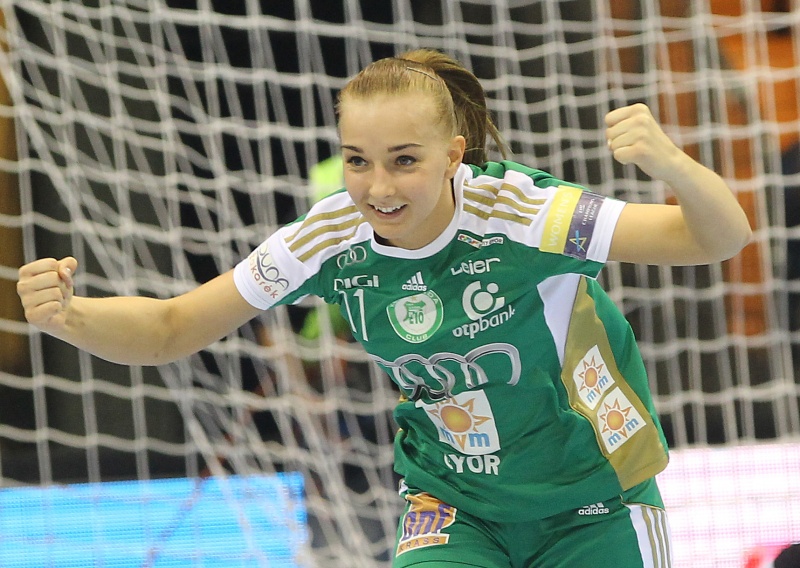 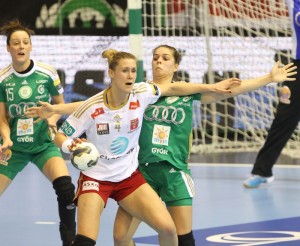 Final of Group II. is played tonight in Arena Larvik between Larvik HK and Győri Audi ETO KC. In the first match in the Main Round the Norwegian champions managed to take the victory in Győr, with slight margin. Today Győr will try to leave the court victorious, this is their goal.

Ambros Martín, headcoach of Győr said:
” Our only goal is the victory, not only because we will win this group but we are able to do it. This will be a mental game as well, so beside tactical preparation is also important to have cool heads”

Ivett Szepesi , left- wing-Győr:
“It will be a difficult game, where we want to win. This will be possible only if we will be able to stop the opponents fastbreaks, with other worlds we don’t fail in attack.”

Kari Aalvik Grimsbö, goalkeeper, Győr:
” I have not played in the first match against Larvik, just watched it from the stands, and I saw that this is a really strong opponent. We have to fight as a collective, we have to give everything not only collectiv but individually too.”

Larvik HK has faced some really difficult period in the last months, when even the bancruptcy was a task for the club, but after las nwes and informations, political parties had helped to save the club, so they are on the right track again. Players tried to focus only on the sports tasks but this is never easy to realize.
Injuries are also an issuea Larvik: Tine Stange and Mari Molid are on recovery, meanwhile Isabelle Blanco and Tine Rustad ALbertsen are pregnant. 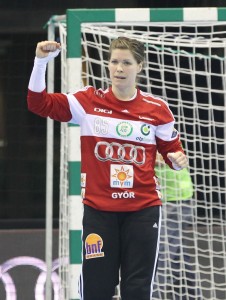 On the other hand Győr has struggeled with injuries of one of their best players and pregnancies as well. Eduarda Amorim, Jelena Grubisic and Adrienn Orbán are ot for the rest of the season with knee injuries, meanwhile Katrine Lunde and Anita Görbicz are pregnant.This means a of of extra wok from thse healthy and the training team as well.

Larvik Arena is outsold for this game, maybe the most importnat and interestimg game of the Main Round. This means more than 3000 Norwegians on the stands, but Győr’s supporters are also always there.

The firt half was a battle of defenses, as after  ten minutes was 3-3. Grimsbö had a really good period in the goal, Korsós for Győr and Solberg for Larvik was responsible for the scorings.

Győr was in lead 23 minutes, 7-7, and then Larvik managed to take the lead, 9-7, Frafjord and Gro Hammerseng scored. 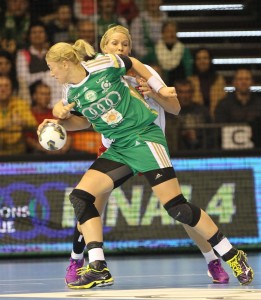 Győr made some mistakes both in defense and attack, aand Larvik leadas after the first 30 minutes by 12-9.

The second part of the game started with Norwegian goals, 14-9. after 5 minutes played, when headcoach Ambros Martín has called his timeout to make some changes.

Larvik seemed to be more sharp in offensive play, meanwhile Hungarians are not enough focused maybe.

Győr was still clueless in attack, they could not break through the Norwegian wall, only five goals scored in 24 minutes.

Győr made a strong last 5 minutes, with offensive defense,  but was not enough to turn around the result.