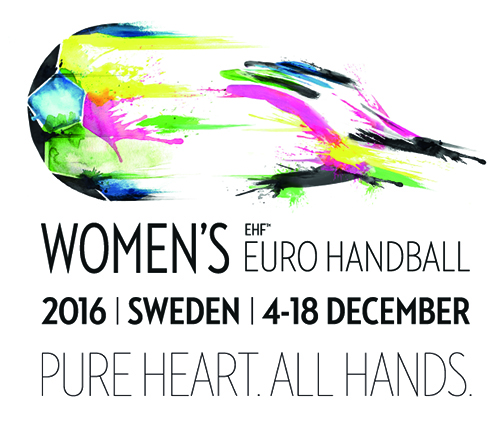 No teams, except Sweden as hosts, are ready for the women’s Euro 2016 in Sweden. With the draw Thursday in Kristianstad, Sweden, the lines are draw and we can begin to speculate and discuss which teams who will end up in the final tournament in December 2016. Will there be any surprises, and what are the reactions from the different head coaches around Europe.

Defending champions, Norway, seems to be more or less ready on the paper. Both Lithunia and Belarus are too weak to give the norwegians any real competition, and Romania still have to step a couple of levels to reach old hights.

The next group could be more interesting. Serbia will on a normal day win this group, with Ukraine and Czech Republic fight for the 2nd place.

– Coming from pot one, we deserved a good group and it came true for us. I am happy with the draw and I think Group 2 suits us very well.
Everything is up to us now, and we won’t disappoint – we accept the role as favourites in the group, and with that in mind we will go into the preparation for the upcoming matches, Sasa Boskovic, natioanl team coach of Serbia says after the draw.

Three teams ready, and the fourth team will be the winner of group A in the first phase of the qualification. Bulgaria, Azerbaijan and Faroe Islands will get their 15 minutes of fame and then be forgotten again. This group will be won by Spain with the Netherlands as a runner up.

– The draw was not bad, but we can’t guarantee to qualify because Austria has a great selection and they will fight for the first two places. But together with the Netherlands – we are the favorites.
We played against Netherlands in the qualification for 2014. We won at home but lost away. The two national teams have some similarities but play a very different handball style. Netherlands is bound to have great success, says head coach of Spain, Jorge Dueñas.

Group 4 became the Balkan group. Probably the group with most spectators, and the loudest fans. As a fan of handball this will be the matches you have to watch. Interesting group, but it will be a big surprise if any other team than Montenegro wins this group.

Kim Rasmussen are not satisfied 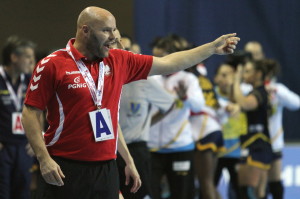 In group 5 only 3 teams were ready at the draw. The 4th team will be the winner of group B in the phase 1 qualification. Israel, Finland and Kosovo will fight for the last place in group 5. But, this will probably not effect this group at all whether it’s any of these three teams who enter this group. All three teams will have a hard time against every one of the three already qualified teams.

– Hungary is a good team, and on a good day we can beat them. I’m not satisfied with having Slovakia, that’s the best from pot 3, so this will demand the best from us, says Kim Rasmussen, head coach of Poland.

Kim Rasmussen not being satisfied with having Slovakia in their group, we do understand. Because in Slovakia they know what they need to do with Poland.

– It’s a tough group. As third seeded we know we have to try to get points against Poland at our home court, and at the same time try to steal a point from Hungary. At last we have to get 4 points from the fourth team on our way to advance to next stage. We’re humble on our way to try to reach the EURO 2016, and do know it’s not an easy task, says Slovakian coach Dusan Poloz.

– I am satisfied with the draw. The aim of the Hungarian national team is to qualify for EURO 2016 of course. I think we can take part this event in Sweden.
We know the teams of group 5, because we played against Slovakia before the last European Championship in 2014 and we met Poland in December in Györ. It was a hard match but Hungary won. The third opponent of this qualification group, Finland, Israel or Kosovo – regarding their results of the past few years – won’t be such a big challenge for us, says Andreas Nemeth, the hungarian national team coach.

The Swedish organizer have already picked a city for Denmark to play their first matches in. Malmö, close to Copenhagen, will be Denmark’s home court in the beginning of the championship. All they need to do, qualify for the championship! With the draw for group 6 it seems that this should be an executable task for the team and their new head coach, Klavs Bruun Jørgensen.

– We can beat all those teams. Of course, Russia are the strongest opponent, but I believe we can defeat them too. We have an okay grip on Turkey and the same goes for Portugal, says the danish left wing player Ann Grete Nørgaard.

Will the vikings conquer Central Europe

Central Europe with the vikings from Iceland as a challenger. Almost like the old saga’s where the vikings sailed down to Europe and tried to steal enough to survive up north in the cold during the winter. The only thing these female vikings from Iceland will try to steal this time is points. We guess they will succeed against Switzerland, and have to fight hard to get any from both France and Germany.

– We’re actually quite happy with the draw because we’ve managed to avoid some big teams that were in the Pot 2. We won’t have long ways to travel either, since we’re playing Germany and Switzerland. Germany looks like the main contender for the top spot with us, and we know Iceland quite well because we’ve played a lot against them recently, says the french had coach Alain Portes.