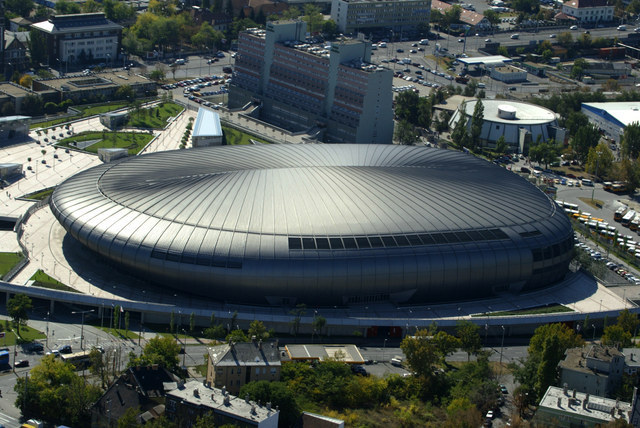 The arena is named after legendary Hungarian boxer László Papp who won consecutive gold at the 1948, 1952 and 1956 Olympic Games, making him one of the world’s most successful athletes in boxing.

In December 1999 the former Budapest Sportaréna, which was built in the same location, burnt to the ground. The catastrophe shook the public in Hungary as the arena had been the country’s only one capable of holding several thousands of people at sports and cultural events.

Decisions were made quickly to build a new arena. Construction began in June 2001 and one year and a half later, in March 2003, the new Sportaréna opened its doors to the public.

The arena attracts with its unique design which is sometimes referred to as a horseshoe and sometimes as a stone.

Papp László Budapest Sportaréna has also made a name for itself as a grand venue for sport events. It hosted the Women’s EHF EURO 2004 and has also been the venue for numerous basketball and ice hockey matches as well as for gymnastics and athletics championships. 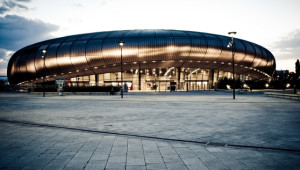 2014 was ‘the year of handball’ for the arena with the MVM EHF FINAL4 in May as well as several matches of the Women’s EHF EURO 2014 in December. And the story continues with the second MVM EHF FINAL4 on 9/10 May 2015.

• The year the first Sportarena burnt down: 1999
• Beginning of reconstruction: 30 June 2001
• The building complex is as heavy as the Erzsébet and the Szabadság Bridges together.
• If you could pick it up and put it on scales, it would weigh 200,000 tons.
• The pedestrian area of the complex is covered by Hungary’s largest continuous
granite surface: 25,000 m2.